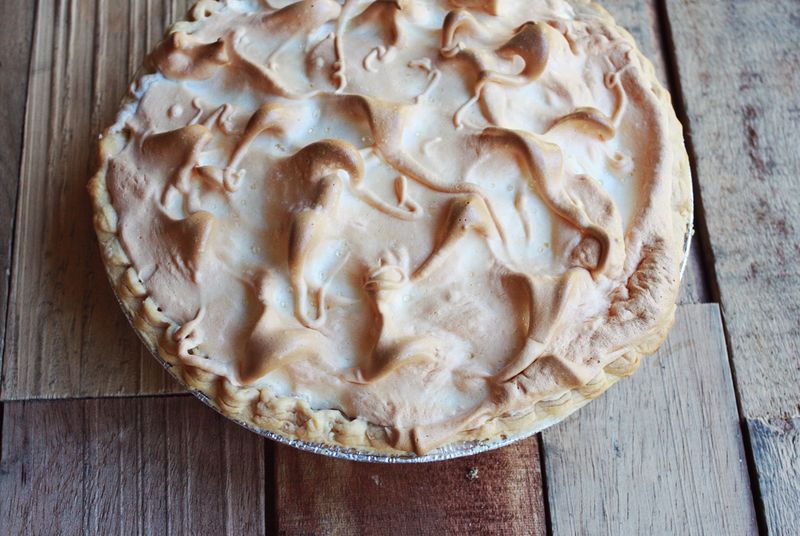 This pie was born from the idea that I really wanted to turn one of my favorite winter drinks (Mochas) into a pie. Why? Because I’m a food person, dude. I like to think up delicious food ideas and then see if they can translate. Sometimes they do, and sometimes they don’t. I actually ended up making this pie twice, as my first attempt was a flop. The problem was the meringue. I really wanted a meringue top because I thought it could mimic the foamy top of a mocha. I had never actually made meringue before though. So it was time to learn. 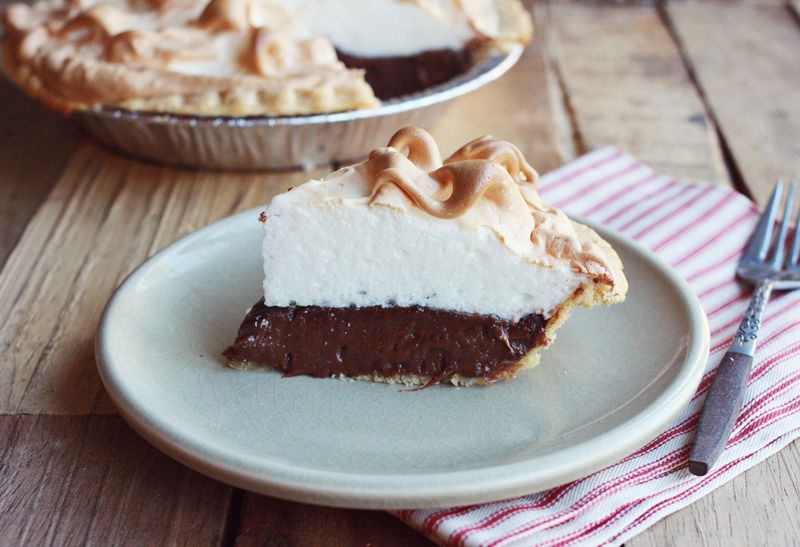 I adapted the filling and meringue recipe from here. In my first attempt the filling was perfect. The problem was that the meringue developed this layer of wet goo that seeped out from underneath it while it cooled. It looked right and tasted right, but what in the world was this goo stuff?! I googled around to see what other bakers had to say. Turns out this is a fairly common issue—they call it weeping. This occurs, because the egg whites of the bottom half of the meringue don’t properly bake. The key is to make sure that your filling (in this case the mocha pudding filling) is piping hot as you layer on the meringue. This helps the eggs cook. Some bakers also suggested adding just a little corn starch to the meringue, so any excess moisture might be absorbed. I took these suggestions and applied them to my second pie, and it worked! Perfect meringue on top of a coffee infused chocolate pie. 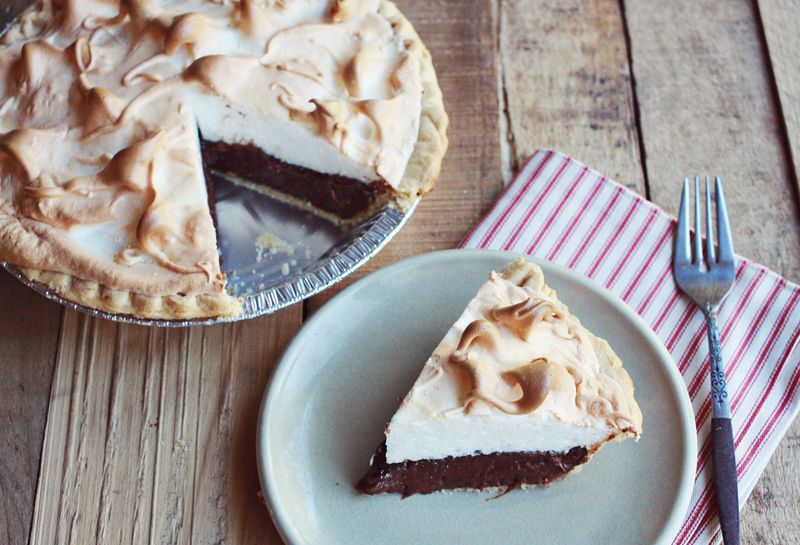 To keep lumps out of your filling start by sifting together the cocoa and corn starch. In a pot combine the sugar, cocoa + corn starch, salt, coffee and milk. Whisk together over medium heat until warmed through. Pour a few tablespoons of this warm mixture in with the egg yolk (in a separate bowl) and stir to combine. This tempers the eggs, so they won’t immediately cook. Once tempered add the yolks to the milk mixture and bring to a low boil for 2-3 minutes, stirring constantly. The mixture will thicken into a pudding, then stir in the vanilla. Keep over very low heat until your meringue is ready.

In a glass or metal bowl with an electric mixer, beat egg whites on high until foamy. While your mixer is still running, gradually add in other ingredients and beat until soft peaks form.

Have your (nearly baked) pie crust ready (I used a store bought one this time, but you can also make your own). Pour in hot mocha filling. Spoon meringue over the top. Bake at 350°F for 14-16 minutes. Allow to cool completely before serving. Enjoy! And remember, if at first you don’t succeed. Well, try again the next week. Especially if chocolate pie is at stake. xo. Emma