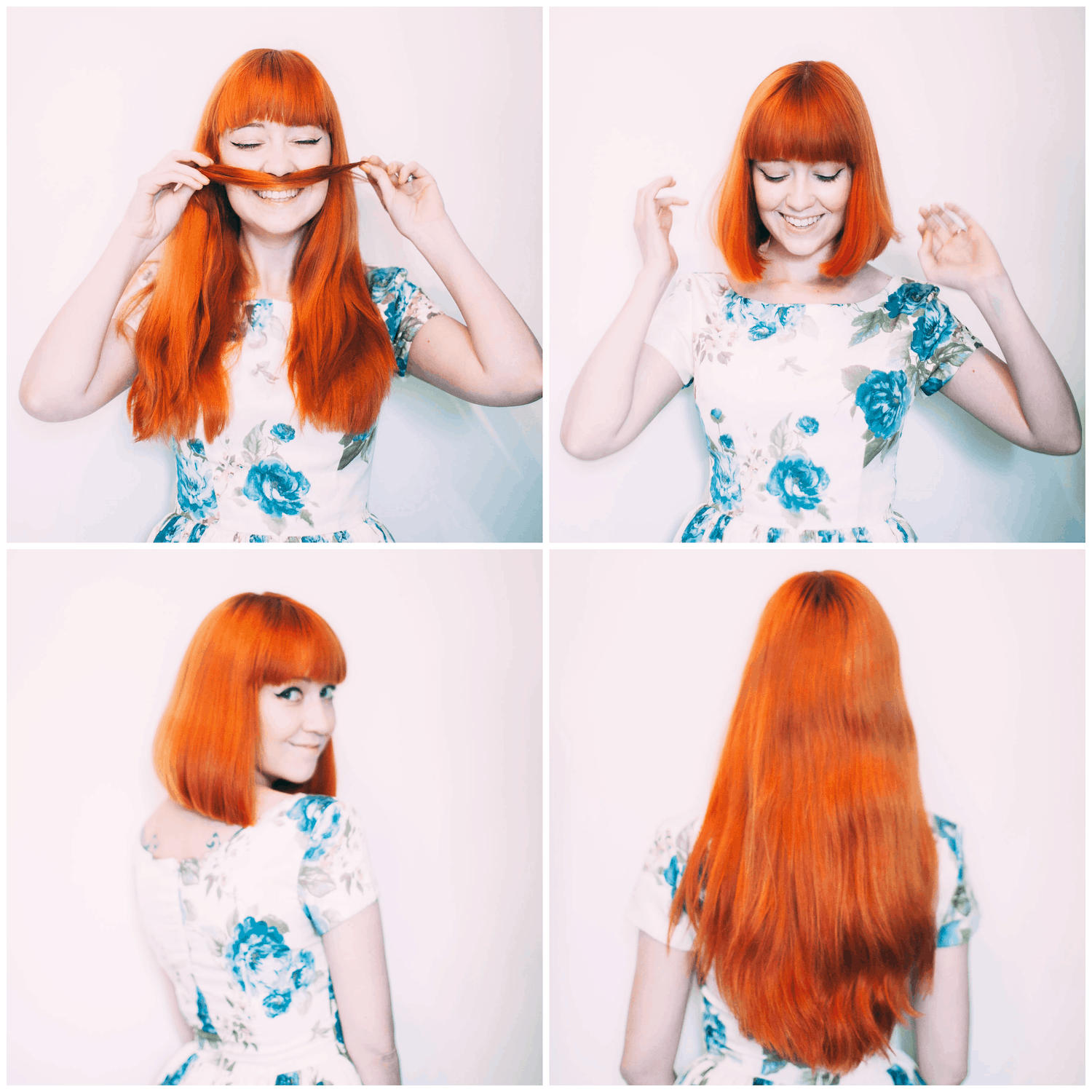 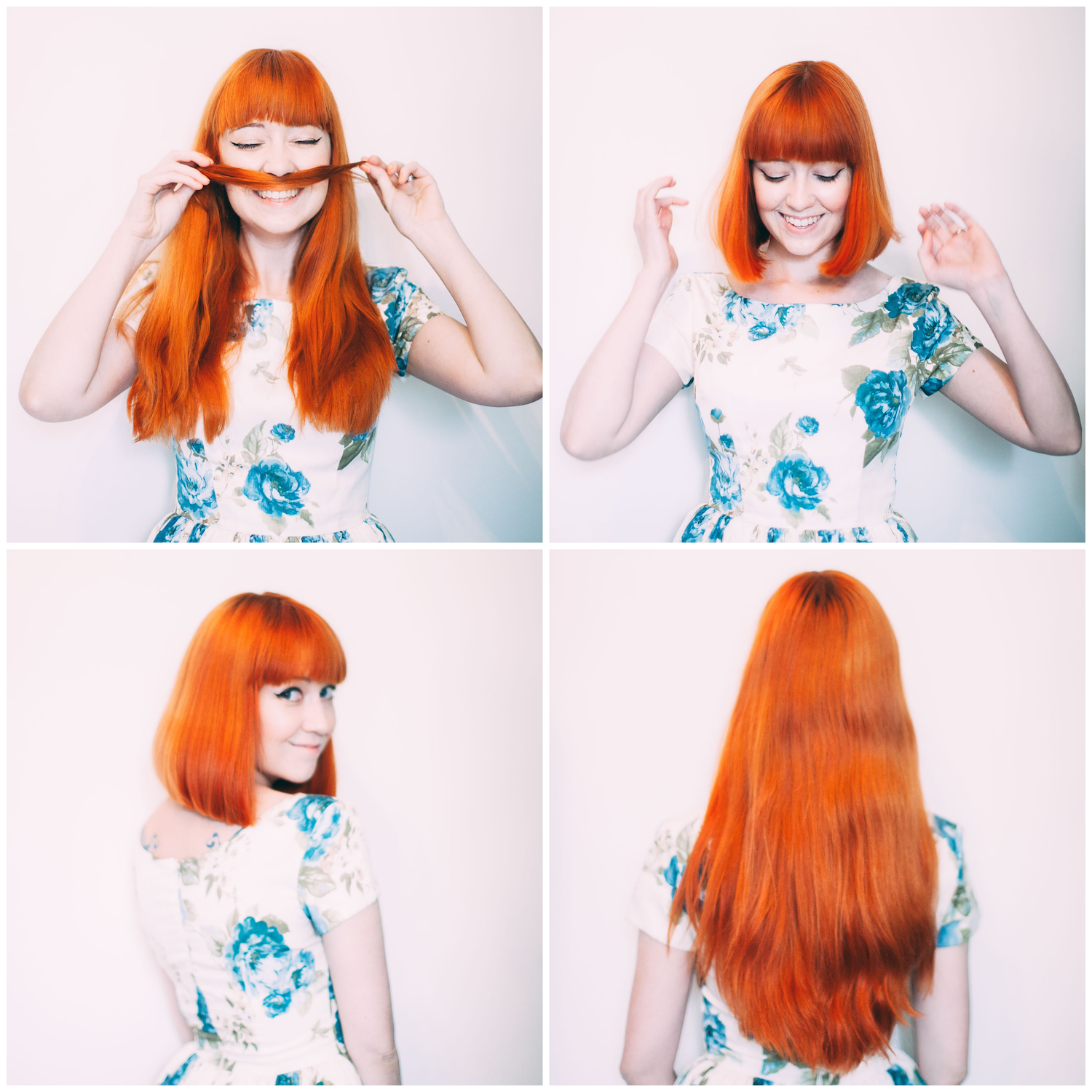 They say, “A woman who cuts her hair is about to change her life,” but I don’t really buy into all that. A woman who cuts her hair probably got bored! I get “hair bored” all the time. With my most recent chop, it was a mix of boredom and necessity—all of my bleaching and dyeing earlier this year left my hair pretty damaged and begging for a major cut. I lost a lot of length, but it didn’t faze me much since I’ve been through this before as well as a few other random stages of pink hair, pixie cuts, and what-have-you. I haven’t always been this chill about my hair; I once spent a sleepless night before a hair cut wondering if I was making the right decision or if I’d regret it instantly. And I’ll still have a freak-out moment if I trim my fringe too short and end up with Bettie Page bangs! But hair cuts happen and sometimes major hair changes happen by choice or necessity, so here are a few tips if you’re getting ready to go under the scissors (or dye!) and are feeling nervous about the process. 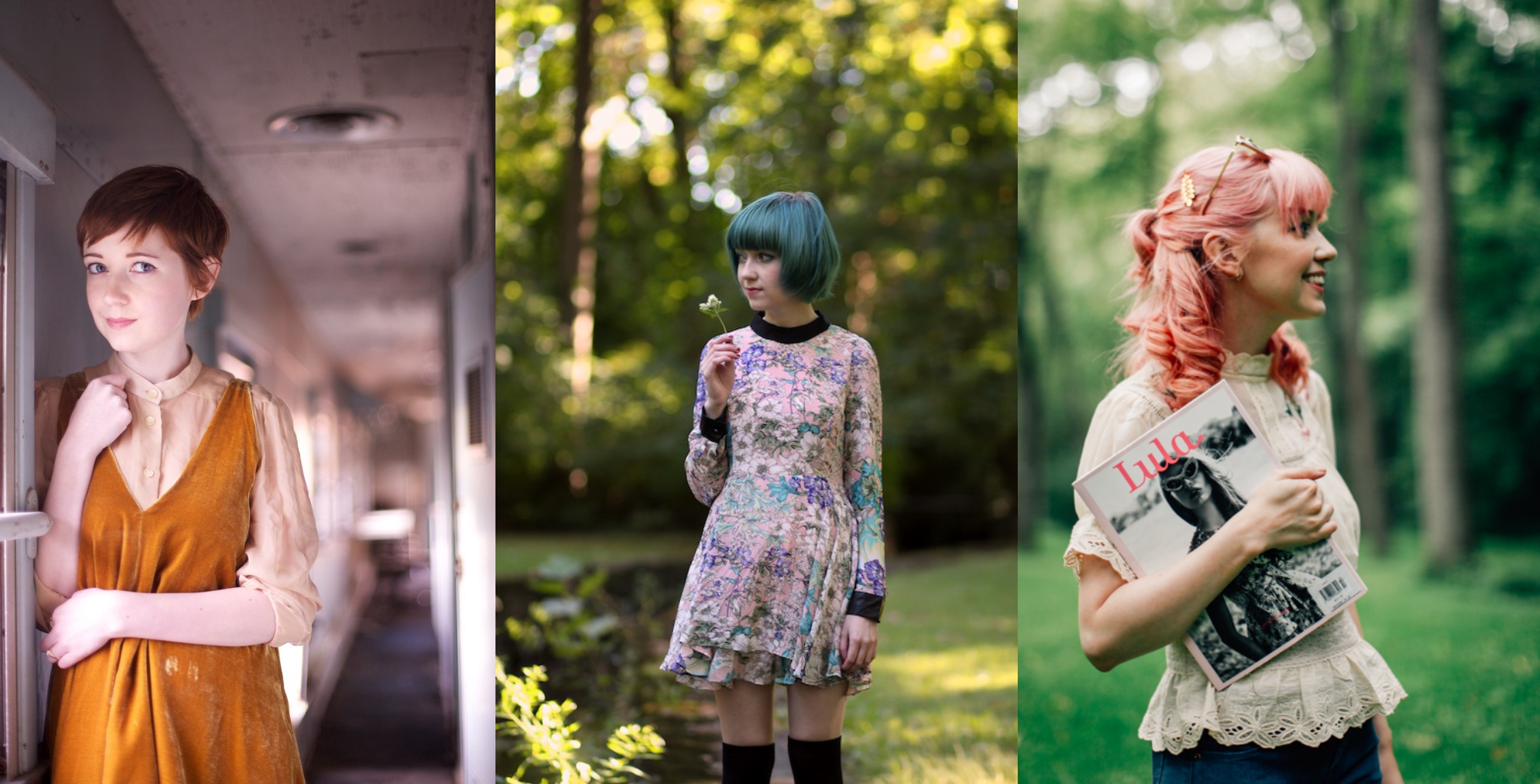 -Wear something cute. This might seem like a bit of odd advice, but I think it’s helpful to go to your favorite hair salon wearing something cute when you’re going to come out with a very different look. (The blue floral dress I’m wearing is not by chance; it’s one of my favorite dresses that I always feel good in!) Cutting off a lot of hair can be a bit shocking, but if you’re wearing your favorite dress when you see your new look for the first time, it can soften the blow and help show you just how good that new cut can look once the shock wears off! Speaking of shock…

-Give it a week. Don’t write off a new hair cut or color for at least one week. I’ve had friends who try something new—like a fringe or shorter hair—but decide within 24 hours they can’t stand it and start pinning their hair back straight away until it’s back to their old style. To me this doesn’t make any sense. They never gave themselves a chance to adjust to the new look. It might take you a few days to get over the “wow that’s different” feeling to actually “see” what you look like. So give yourself time. Don’t pin or hide your new look for at least a week, look at in the mirror often and get used to it before you decide whether it’s right or wrong.

-Know what you want. Of course while it takes time to adjust to a new haircut, you should also have a very fixed idea of what you want if you’re going for a major change. Create a Pinterest board with the new style you want to try and try seeing the style from different angles (front, side, back, etc.) to get a very firm idea of what you’re going for. If you’re dyeing, do you know what shade you want—even if you decide to go blue, it could be dark, pastel, more aqua or ombre! Know what you want and bring loads of pictures and examples to your hair dresser to help you communicate the new style clearly.

-Be willing to go in stages. I had a hair stylist in the past who said she wouldn’t cut someone’s long hair into a short pixie cut in one sitting, but insisted they cut off the hair in two or three appointments. She had too many women crying in her chair over a drastic cut to do it again! I also went from long hair to a bob before committing to the pixie. It definitely helped me adjust to short hair to go for an in-between cut for about a month before my final chop. With dyeing, it can take a few visits as well, especially if you want to go for a bright, unnatural color. So don’t get discouraged if you book an appointment and find out not everything can be done in one day. This is also important to remember in reverse—once you commit to certain styles, it will take awhile to get back to what your hair was before, so know what you are getting into.

-Remember it’s all temporary. If you take the plunge with a style and it ends up not being what you want, try not to worry too much because it’s all temporary. I’m not a big risk-taker in life. A lot of decisions you can make in life can have permanent or at least lasting consequences (as a kid I was terrified of things ending up on my “permanent record” and was really worried as a senior when I got a detention that it would blemish this record), but hair? Hair isn’t permanent. Bad cuts will grow out, as will dye which will also fade (usually quicker than you want it to). In a few months or a year, no one would even know you had blue hair or a shaved side cut. 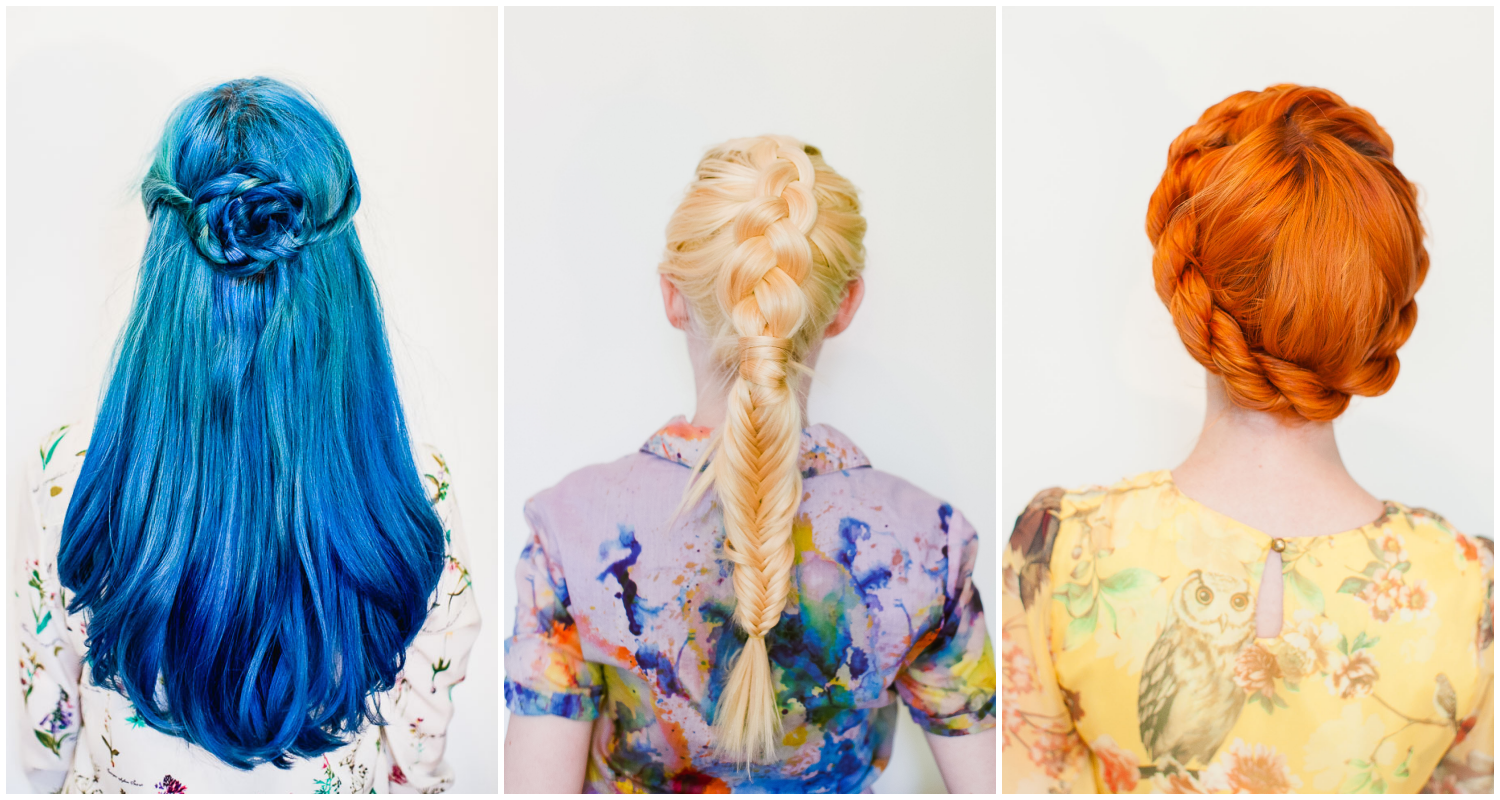 A big hair change isn’t for everyone; I envy those who know their style or themselves well enough that they don’t have to mess around. I think it’d be cool to have a signature style à la Anna Wintour, but for those of us who wonder “what if I had purple tips” then maybe these tips will help you make that plunge. Hair changes don’t have to be daunting, I mean they shouldn’t be daunting—it should be about having fun or trying something you’ve always wanted to try (like dyeing my hair an unnatural color as an adult because I never got permission to do it when I was a kid). After all, it’s just hair. These tricks always work for me if I start to second guess a hair decision, but I’d love to hear what works for you! Cheers, Rebecca.