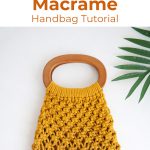 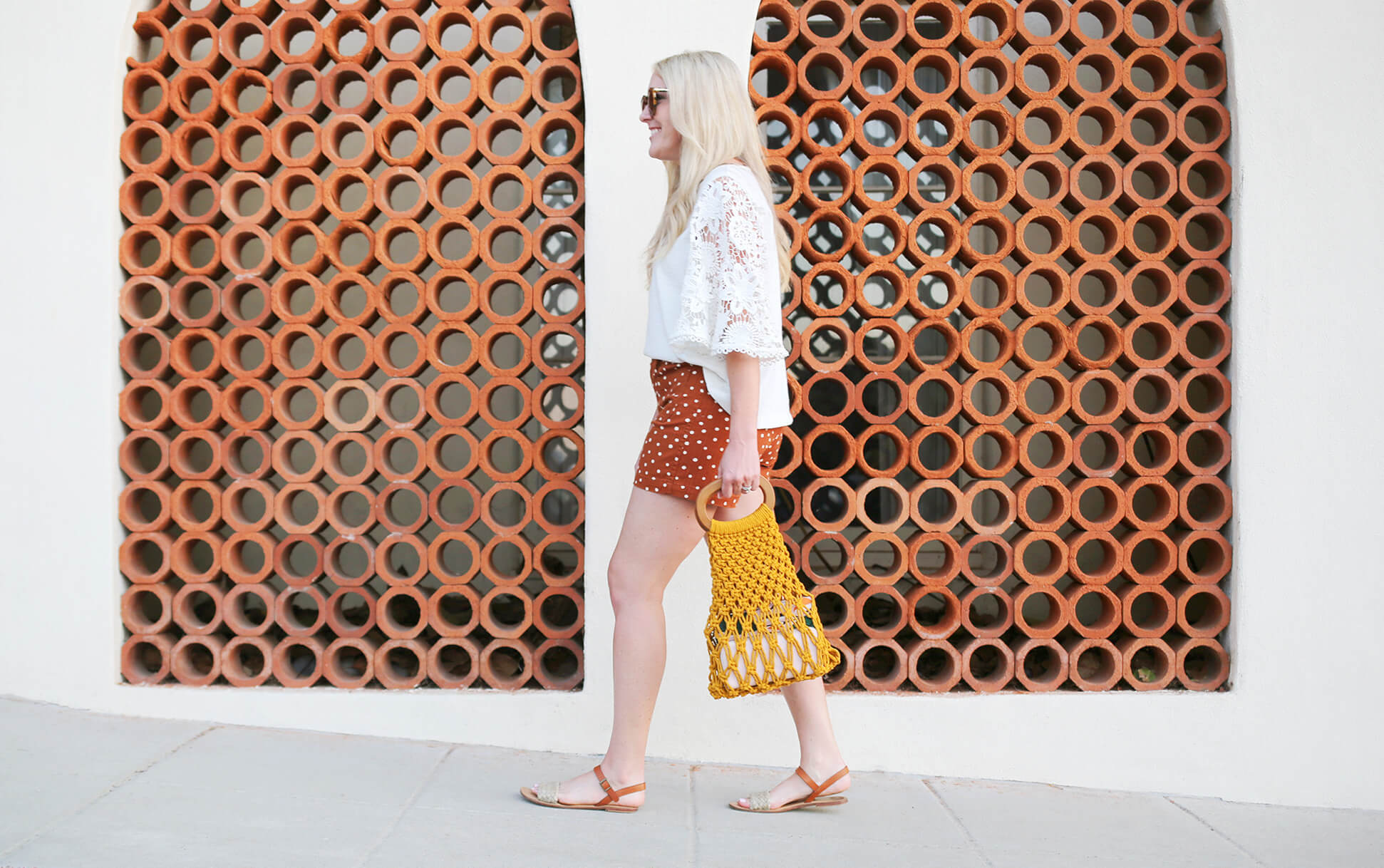 Sometimes you just want a new handbag. Sometimes you also know a little bit about macrame. Sometimes you realize you can make your own handbag using macrame and suddenly you’re strolling around looking real cute!

With the resurgence of macrame in recent years, there is an exciting range of dyed, cotton rope to be had. I found this beautiful mustard color and a coordinating set of stained wooden handles and realized I could use the most basic macrame knots to make a cute accessory that would hold the basics: my wallet, notebook (with pen attached inside the spiral binding b/c, duh), and phone. The best part is, this highly textured handbag can follow you from summer to fall in this beautiful golden tone. 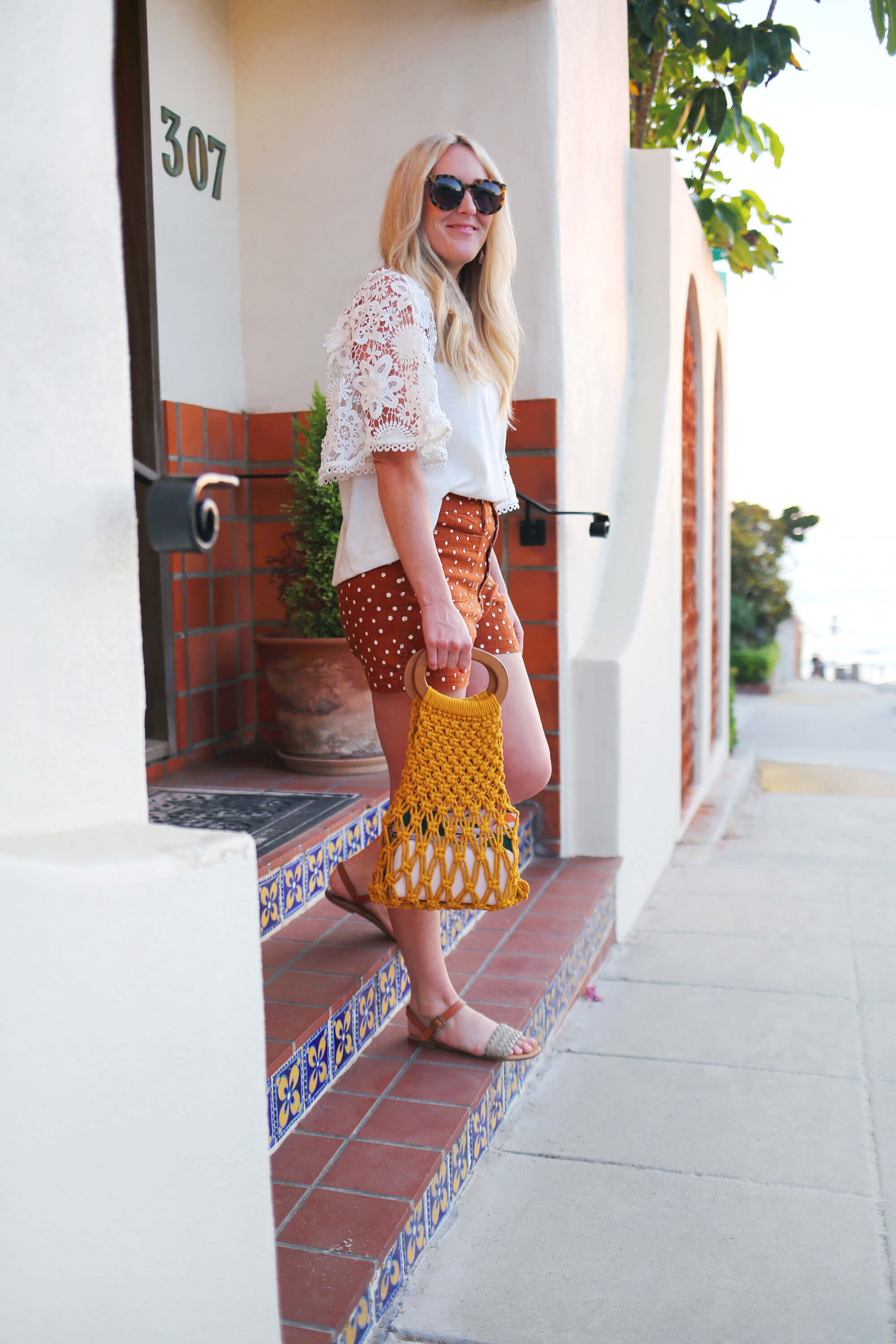 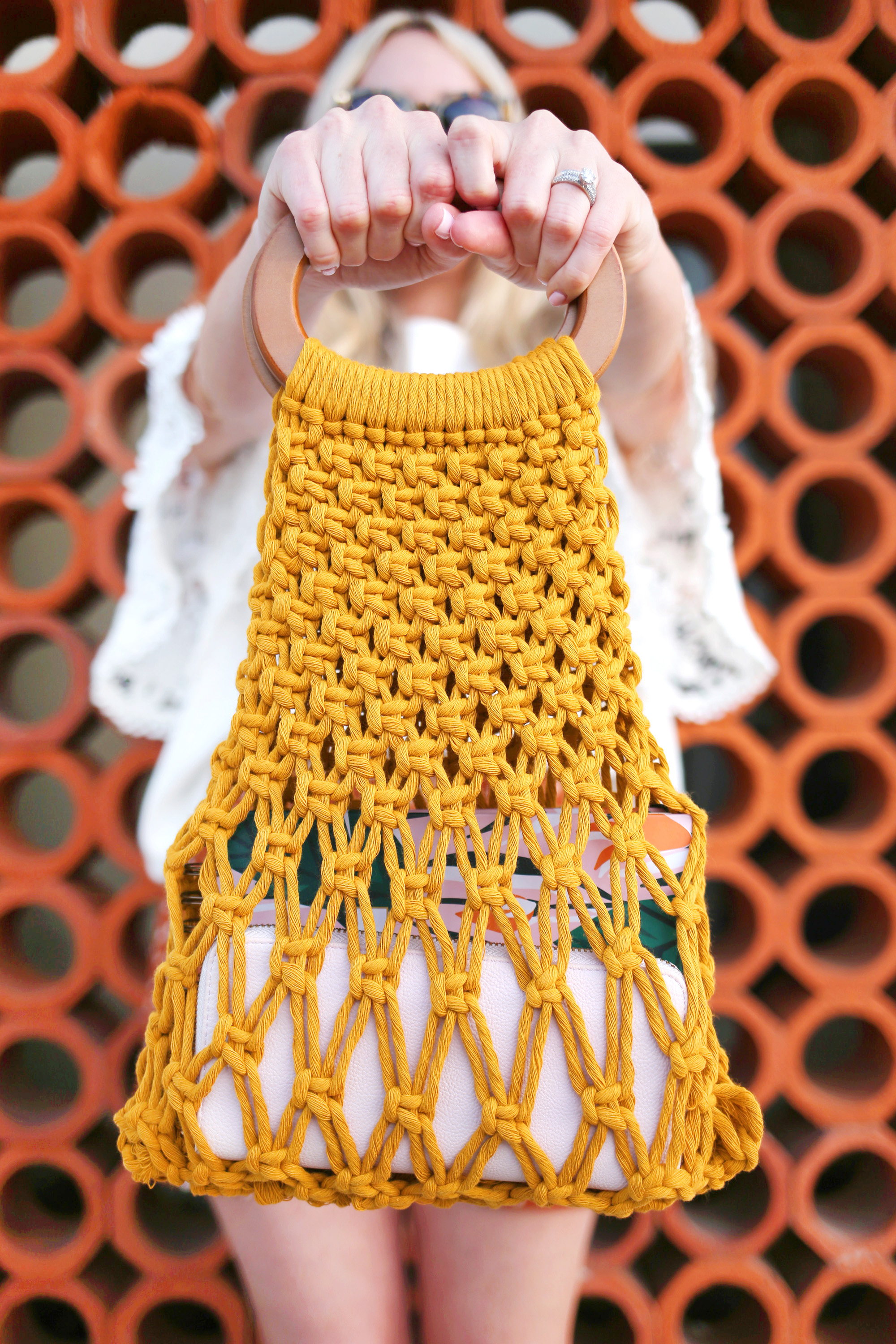 Step One: Cut thirty-two lengths of cotton cord that measure 11′ each.

Step Two: Tie sixteen strands to each handle using a lark’s head knot. To achieve a lark’s head knot, fold your strand in half and fold the center from the outer rounded part of one handle to the back of the handle. Then pull the two loose ends through the folded center as shown. This creates a lark’s knot.

Step Three: Repeat until you have tied sixteen strands per handle. Pay special attention that all of your knots are on the same side of your handle or else it will disrupt the visual pattern.

Step Four: Start your first row of square knots by using the first four strands of rope on the left side of one handle. You can move the rest of the strands off to the side to make this easier.

Step Five: Fold the first strand over the second and third strand and under the fourth strand to create a ‘4’ shape.

Step Six: Then fold the fourth strand under the second and third strands and up and over the bend in the first strand as shown. It almost looks like an upside down heart. Pull the outer two strands until they are snug. This is a half-knot.

Step Eight: Use the next four strands to create another square knot and keep adding square knots all the way across.

Step Ten: Use those four strands to create a square knot.

Step Eleven: Use the two leftover strands on the right side and next two strands for your next square knot as shown.

Note: In my pattern, I only tied five rows of knots but later realized a sixth row would create a smoother pattern before joining the two sides together. 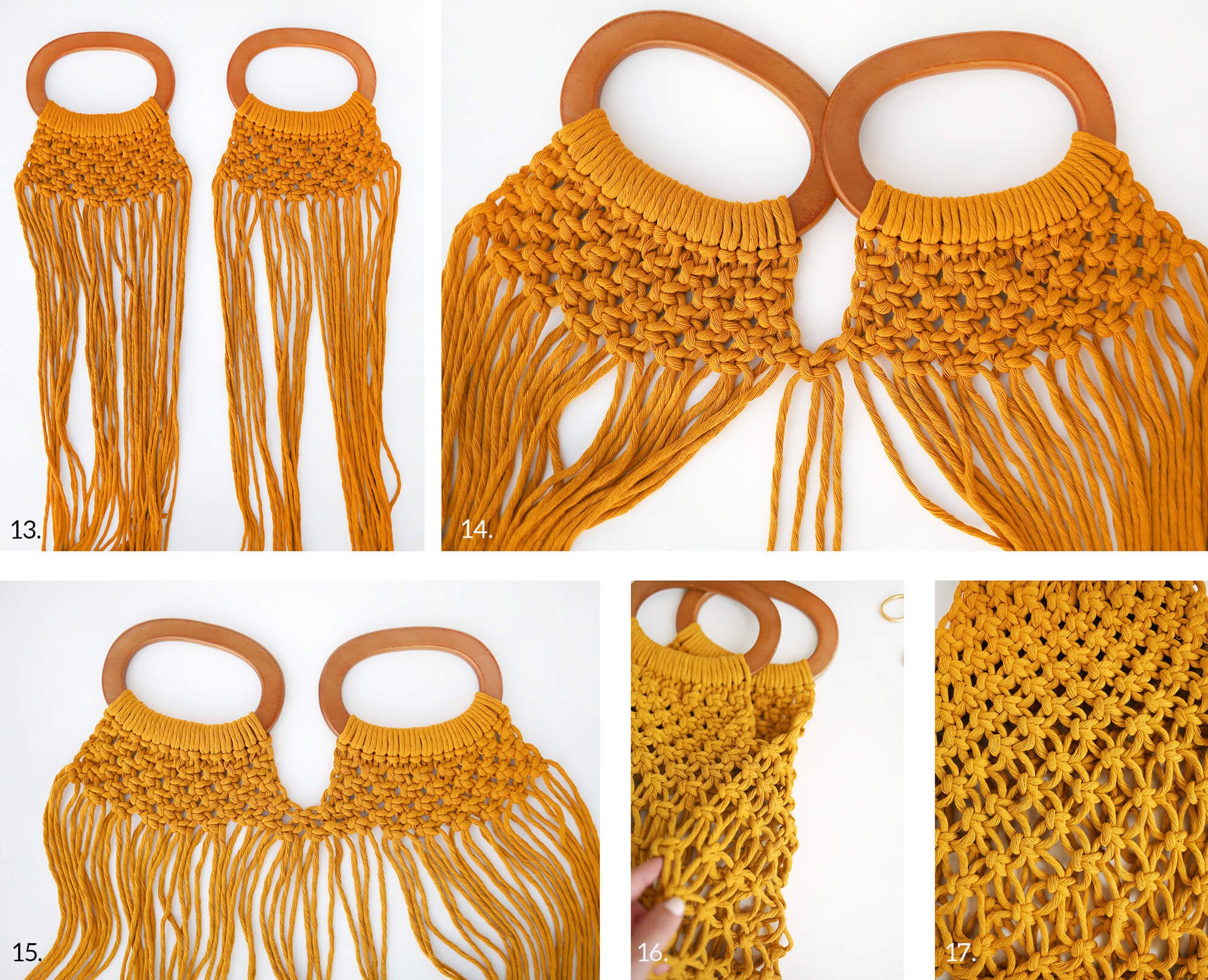 Step Fifteen: Continue tying square knots from the center to each edge to finish out that row, except for the last two or four strands on each end. Once you get to the tenth row, start leaving some space between rows. This will give your bag more roominess and stretch in the bottom half.

Step Sixteen: Once you’ve finished fifteen rows, fold your bag in half so that the wrong sides of the handles are facing each other. Attach the open sides of the bag by tying up the rest of the knots to finish off the rows.

Step Seventeen: You can see how the knots are closer together at the top and further from each other at the bottom. 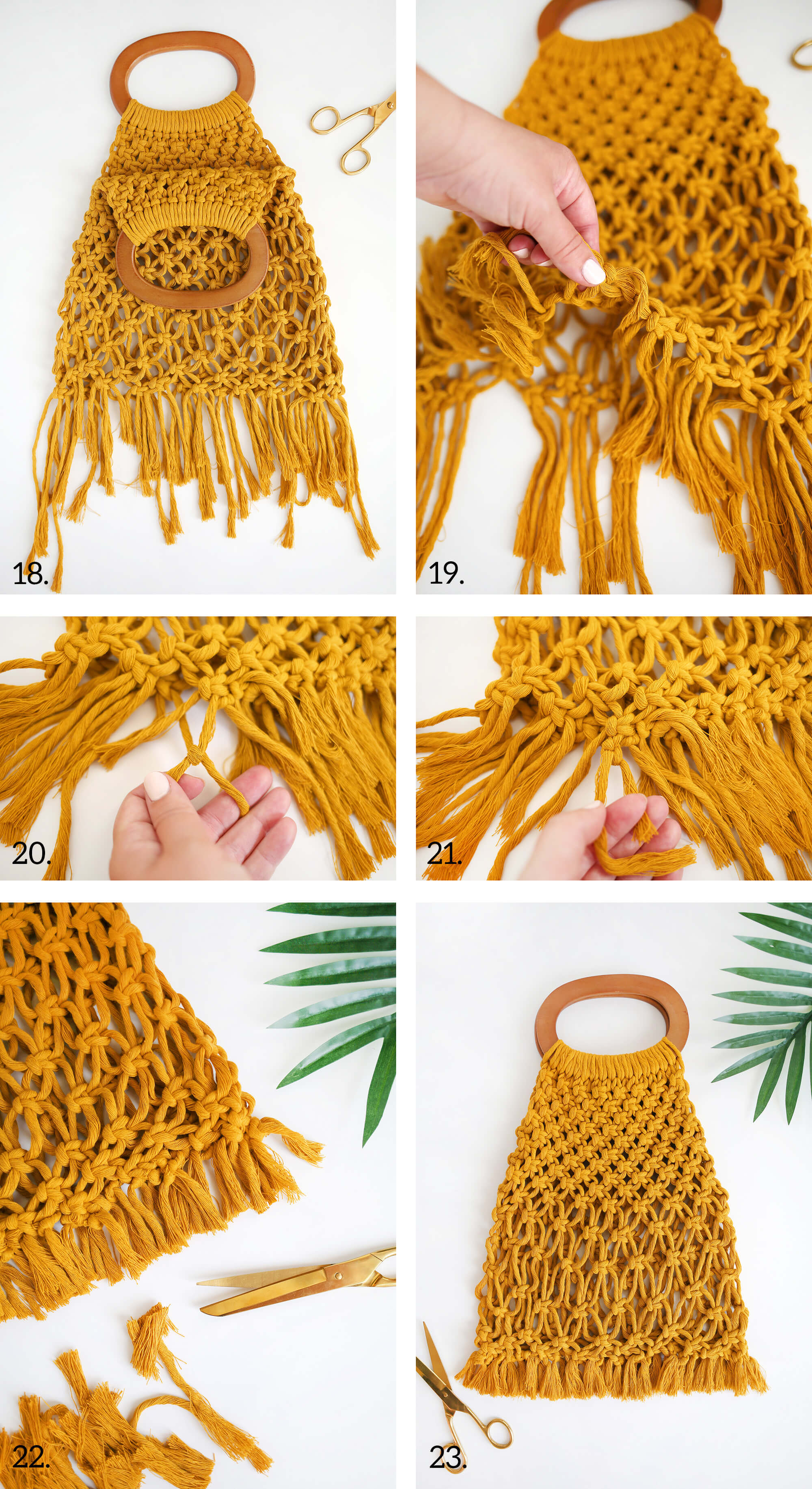 Step Eighteen: Now, this bag can be made with fringe on the bottom or tucked inside. If you want it tucked inside, like mine, this is the point where you turn your bag inside out with the right sides of the handles facing each other.

Step Twenty-One: Then tie a double knot. Follow along until all strands have been double-knotted to a strand on the opposite side.

Step Twenty-Two: Trim your strands so that they are even.

Step Twenty-Three: Brush your strands out so that they are full if you are going to keep them on the outside of your bag. 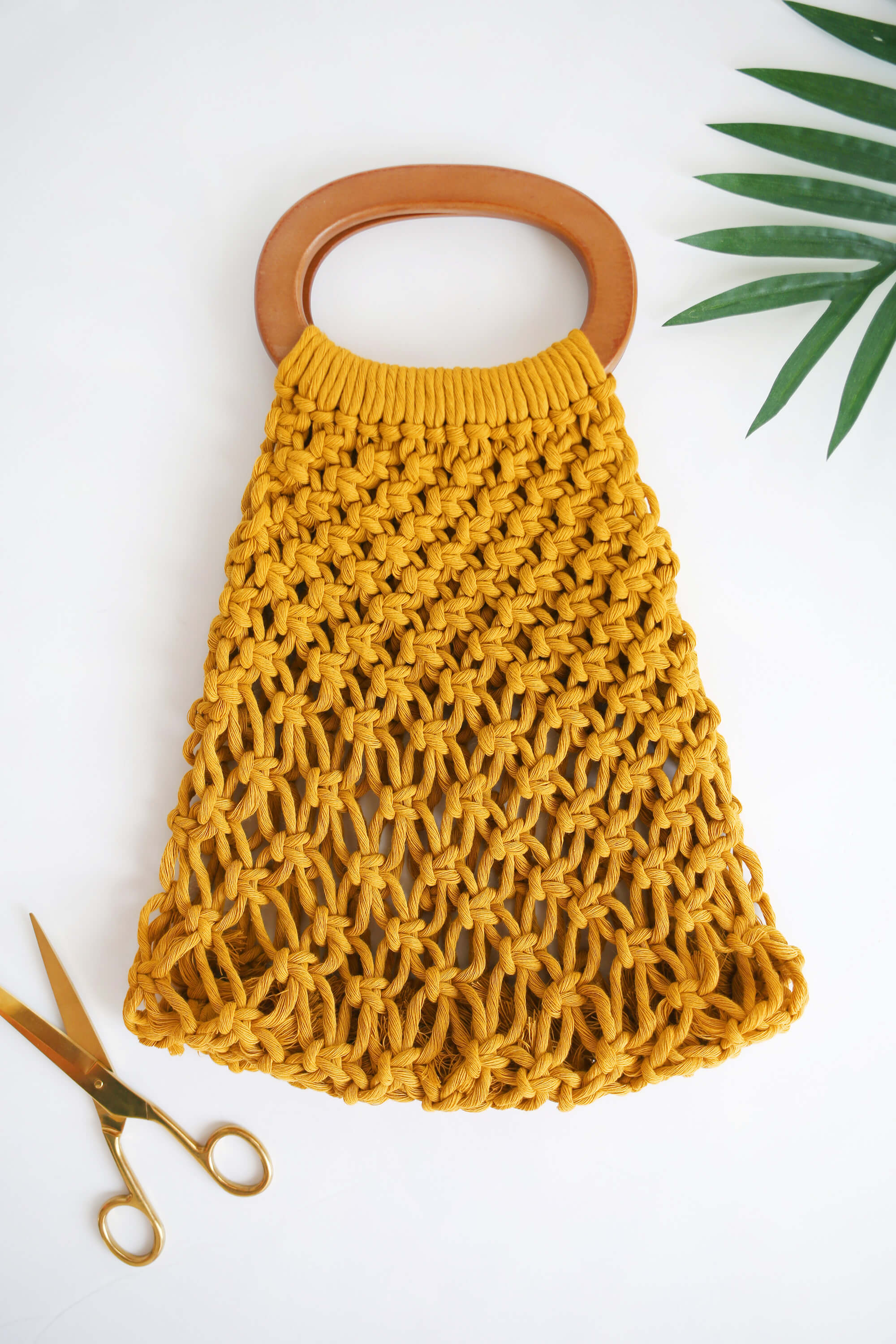 Or trim them down a bit further and turn your bag right side out as shown. I trimmed mine down even further after this photo once I decided I liked mine better without fringe after all. Ha! Decisions, decisions. 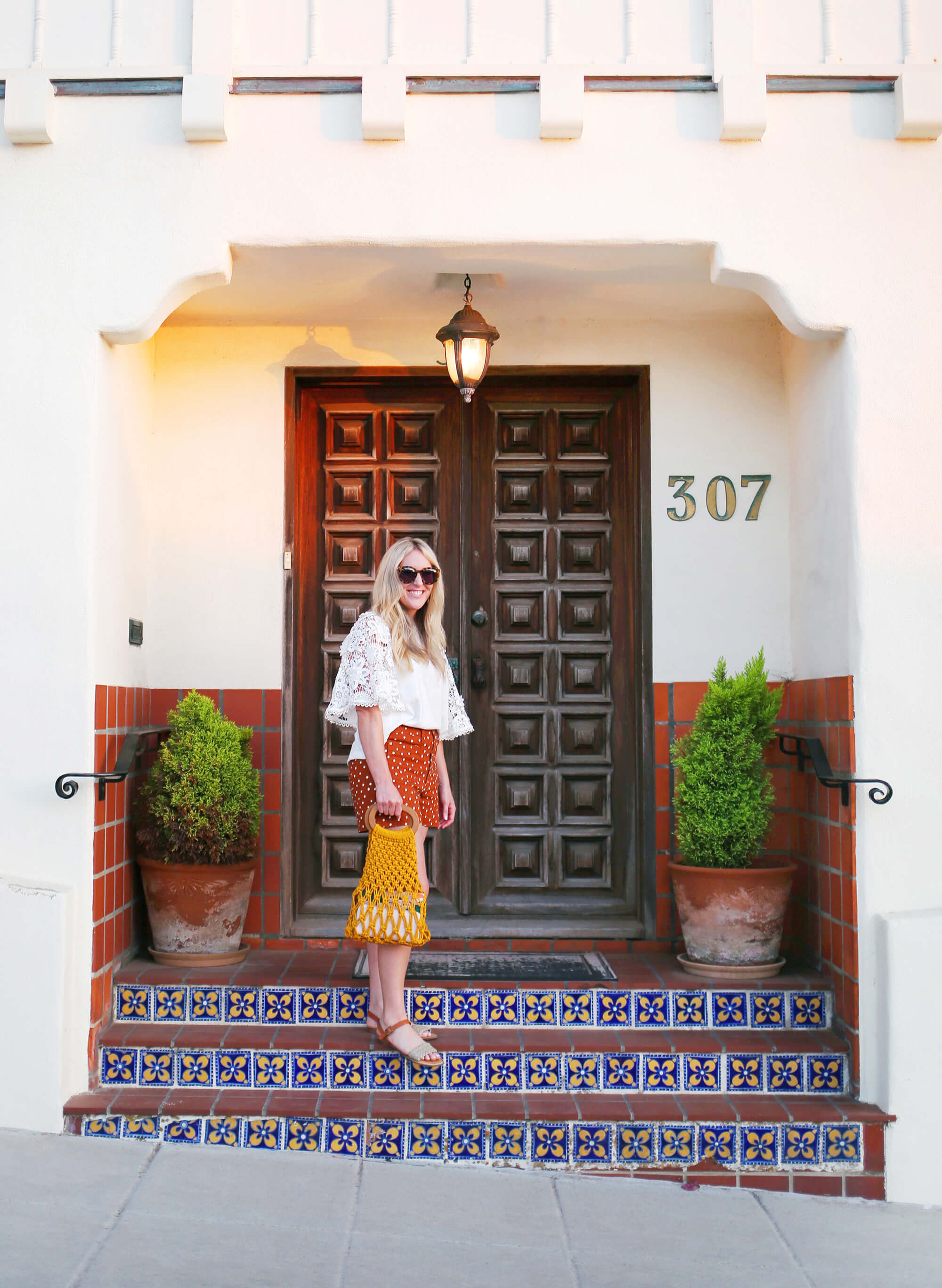 Worried about the random stash of lipsticks and pens that are usually pooling at the bottom of your most used bags? Toss in a cute zipper bag to carry smaller items and you’re golden! Enjoy. – Rachel