The Moscow Mule is a classic cocktail that has withstood the test of time for good reason! The spicy ginger beer paired with vodka (and a splash of lime) has been delighting fans for decades.

And while there are many ways to put a twist on this iconic drink, the classic is still a winner every time.

The drink was invented back in the 1940s in America when John Martin wanted to sell Smirnoff vodka through his distribution company.

It was not a popular liquor at the time, and coincidentally, bar owner Jack Morgan was trying to sell off the ginger beer at his Cock ‘n’ Bull pub. So, they added them together with a little lime and made cocktail magic.

Do you have to use a copper mug for this drink? Not at all! While it does add to the tradition and fun aspect of a Moscow Mule, the copper mug is completely optional. You can serve it in a rocks glass or any other glassware you like.

Looking for a variation on a Moscow Mule? Try:

What is Ginger Beer?

If you’ve never tried ginger beer it’s a nonalcoholic “root beer” soda. It’s not the same thing as ginger ale—it’s less sweet and can be spicer, too.

I like to think of ginger beer as ginger ale’s cooler, older sister. If you don’t drink, you should try it with lime juice. SO good!

Why do they call it a “Moscow Mule”?

Supposedly, the drink got its name from its ingredients as vodka was usually associated with the country Russia (and Moscow is the capitol of Russia) and the ginger beer gives the drink a kick the way a mule would.

What ingredients do I need for a Moscow Mule?

How to make a classic Moscow Mule:

Which type of vodka is best for a Moscow Mule?

Choosing a brand or type of alcohol for your Moscow Mule is mostly a preference-based decision, but if you want to be the most authentic, you can choose Smirnoff brand vodka as that’s what was used in the original concoction.

Which type of Ginger Beer is best for a Moscow Mule?

Ginger beer comes in a varying degree of ginger “spice” levels depending on the brand, so you can choose a more mild or more intense flavor based on your preference for spice. Some of the options are:

The Spiciest Ginger Beer: Goya Jamaican-Style Ginger Beer being very spicy is a little harder to find in stores but is available online.

A Medium Spice Ginger Beer: Fever Tree brand is a solid but medium level spice option for ginger beer (and is easier to find in stores).

The Lowest Spice Ginger Beer: Parker’s Ginger Beer is a great option for “beginners” since it’s a low spice option. Or, you could also try a ginger ale that tends to be less spicy and a little more sweet.

Best Option for Budgets: Goslings Story Ginger Beer is a solid option that’s easier to find in stores and gives you a good amount of ginger beer for the price.

Why do they serve Moscow Mules in copper mugs?

Part of the origin legend of the Moscow Mule that says the vodka seller and ginger beer seller met up with a woman that also needed to unload her inventory of copper mugs, and the three of them came up with the drink components together.

The copper of the mug also keeps the drink frosty cold since it’s very good at conducting temperature (much better than traditional glass cups would be), so it’s a better choice when possible just to keep the temperature cooler longer.

Click here to buy copper mugs for your moscow mules!

Can you make a nonalcoholic Moscow Mule?

Yes! Simply leave out the vodka and fill the glass with ginger beer and lime over ice, or you can add a nonalcoholic vodka like this one.

Make a tweak and turn your Moscow Mule into a …

Dark and Stormy: The difference between a Moscow Mule and a Dark and Stormy is that you substitute rum for the vodka to make it a different variation on the drink. It’s slightly sweeter and really good.

Kentucky Mule: Also known as an “Irish Mule,” the difference between a Moscow Mule and a Kentucky Mule is that you substitute bourbon for the vodka. Still a great choice, and just comes down to what your favorite liquors are!

Be sure to check out some of our other favorite cocktails, too!

END_OF_DOCUMENT_TOKEN_TO_BE_REPLACED 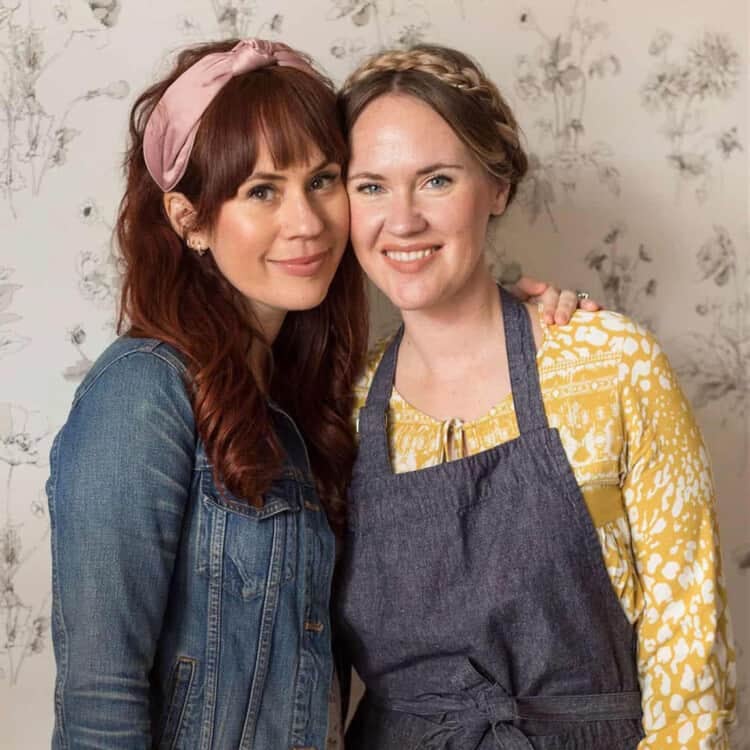 This is our favorite recipe for Moscow Mules. It’s delicious!

Moscow Mule is definitely also my cocktail of the year:) I always add cucumber slices, real ginger and pepper grains, this makes it even more special because it gets a little bit spicy! And it’s always the best part to eat the cucumber slices in the end!

Philip and I are Ginger Beer connoisseurs 🙂 He doesn’t drink alcohol, but I LOVE Moscow Mules!

This is my favorite drink! I had one in San Francisco with cucumber slices in it. It’s my favorite twist on an already refreshing drink.

Use crabbies alcoholic ginger beer (real ginger beer) not soda/pop like the other ginger “beers”….

I have had a Moscow Mule with cucumber vodka…. to DIE FOR. so good. I recommend!

Kentucky Mules are basically my go-to drink for everything. My favorite ginger beer is Stewart’s (nice and spicy!) — or Blenheim’s, if you can find it. I’ve started making my own ginger syrup, too. So perfect in those copper mugs!

I love the mug!

Jameson in place of Vodka.

Oh lawd are they tastey!

My favorite Mule variation is:

Muddle half a lime, a couple of mint sprigs and 3 fresh jalapeno rings
2 oz Vodka
a splash of bitters
top with Ginger Beer

mmmm. I like to think the ginger beer, citrus and mint help my body to detox and the jalapeno heat increases my metabolism…so many healthful properties in this cocktail! ha. 🙂

I love moscow mules and anything in a copper mug! So good.

There’s a restaurant here in Laguna Beach, CA (Broadway by Amar Santana), where the Moscow Mule always seems like a fitting way to end the evening (the chilled and frosty copper mugs make it).

For gift giving, I love to give a set of four Moscow Mule mugs with the drink recipe attached (especially for newlyweds).

I love this drink, and I used to drink lots of dark & stormy’s when I lived in Bermuda, as it sort of their “official drink” – lol. The Gosling’s ginger beer is from Bermuda…

Village Pub in Nashville has amazing Mules! The English Ass (haha), has Gin and is outstanding!

It was a Mule year for my boyfriend and I as well! They are so delish and so easy to make! Goya makes an excellent ginger beer (@ a great price) as well– it’s so gingery you almost have to cut it with a splash of Vernor’s! Last year our cocktail of choice was the Old Fashioned and the year before that it was Mojitos. I’m getting into spiked, hot ciders this fall!

We like to add either a splash of Cointreau or a splash of raspberry cordial to our mules…or both! One of my friends described as a “fruit tingle in a drink”

I have to say, you all seem to drink a lot! Whoa.