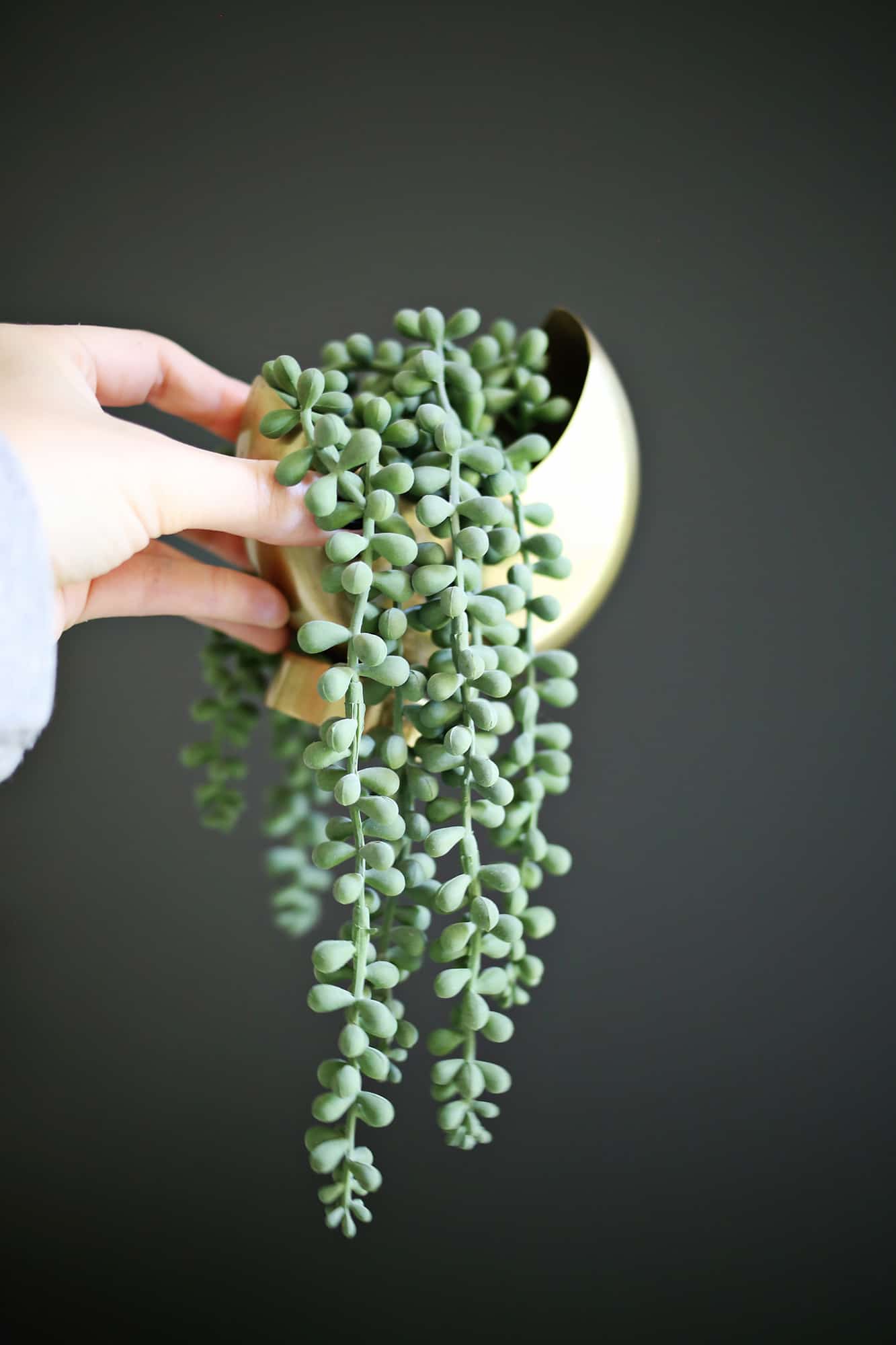 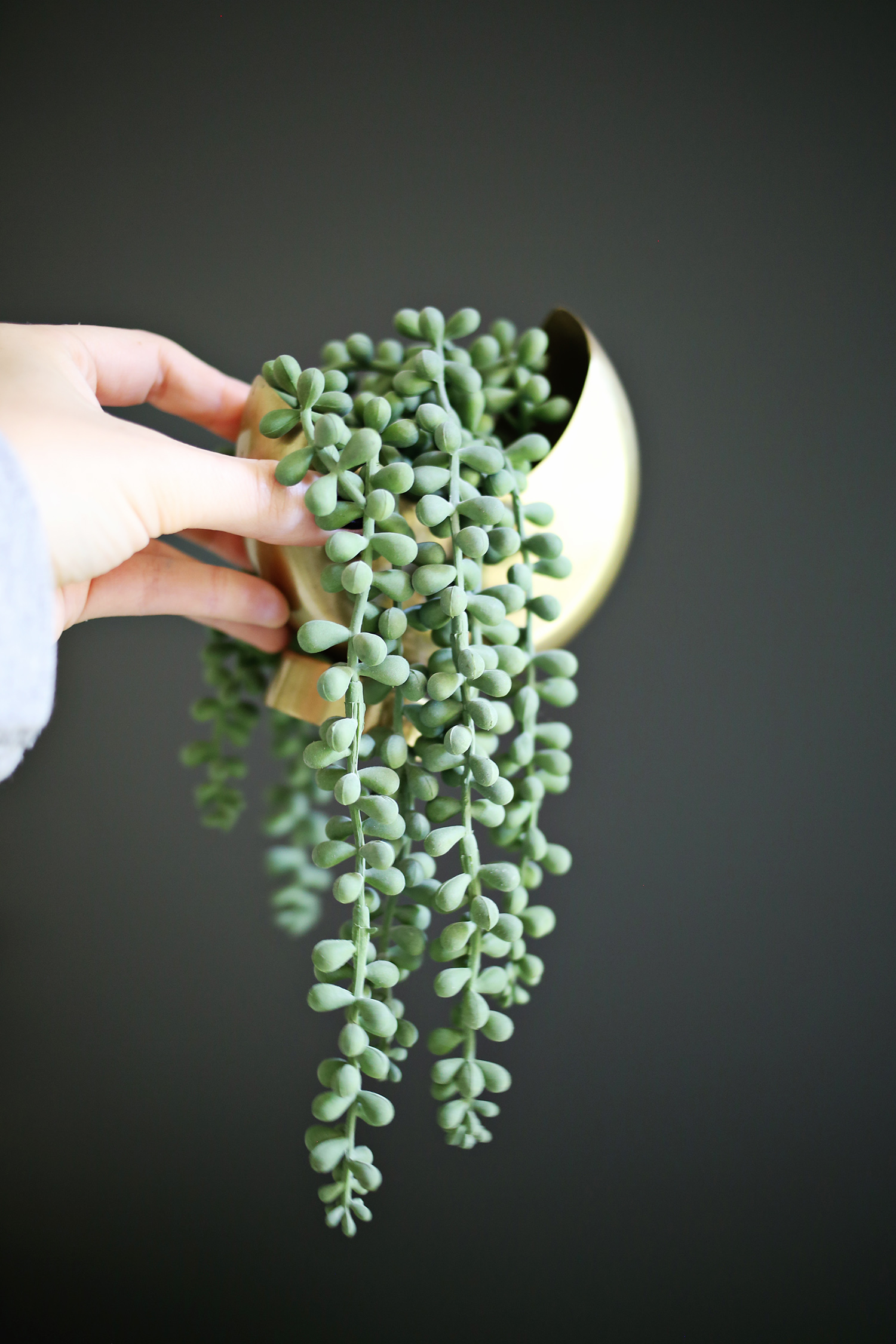 Fake plants are a WEIRD SUBJECT, and I get that. But today it’s what we’re talking about… let’s go there!

For years I didn’t want any fake plants in my house. Then I finally cracked due to one really dark nook in our previous home. It was a total DEATH ZONE for plants. Do you have a spot like that in your house? If you do, listen up – it’s not your fault. (hug) I’m here for you.

So I bought a few cheap fakies from Ikea for that stubborn hallway corner. And I was instantly converted. They never died, required no effort, and when I moved a couple years later, they moved with me. So I bought more… obviously.

Today, I still have a lot of real plants in my home, but there are plenty of fake ones too. You can’t really tell unless you look closely or touch them (which is the sign of a good one). I use them to fill high shelves that are tricky to water, and, for the most part, to replace succulents and air plants.

It’s so weird because I hear people say all the time that succulents don’t die…. Ummmm – what? They definitely die on me. Kind of fast too. Cacti are pretty reliable for me, but succulents aren’t. They either shrivel up, melt into a weird puddle or grow into a really awkward shape. Some are better than others (for sure), but a friend recently told me, “Don’t think of succulents as plants. Think of them as flowers that die slower.” Haha! So true. 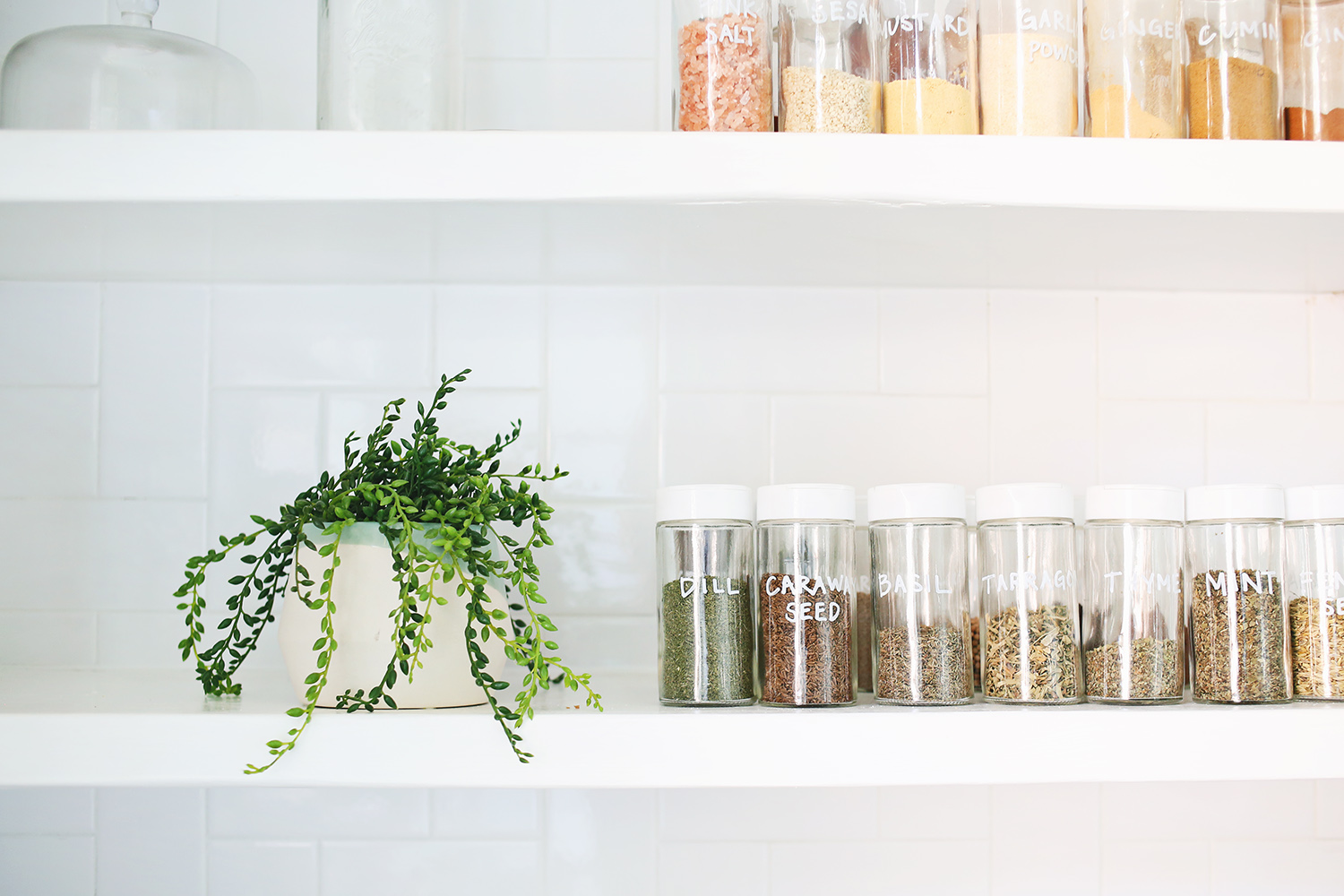 Here’s my Ikea fakie still going strong, like, five years later! It’s not even the most convincing fake plant, but up there on the shelves, you can’t tell. 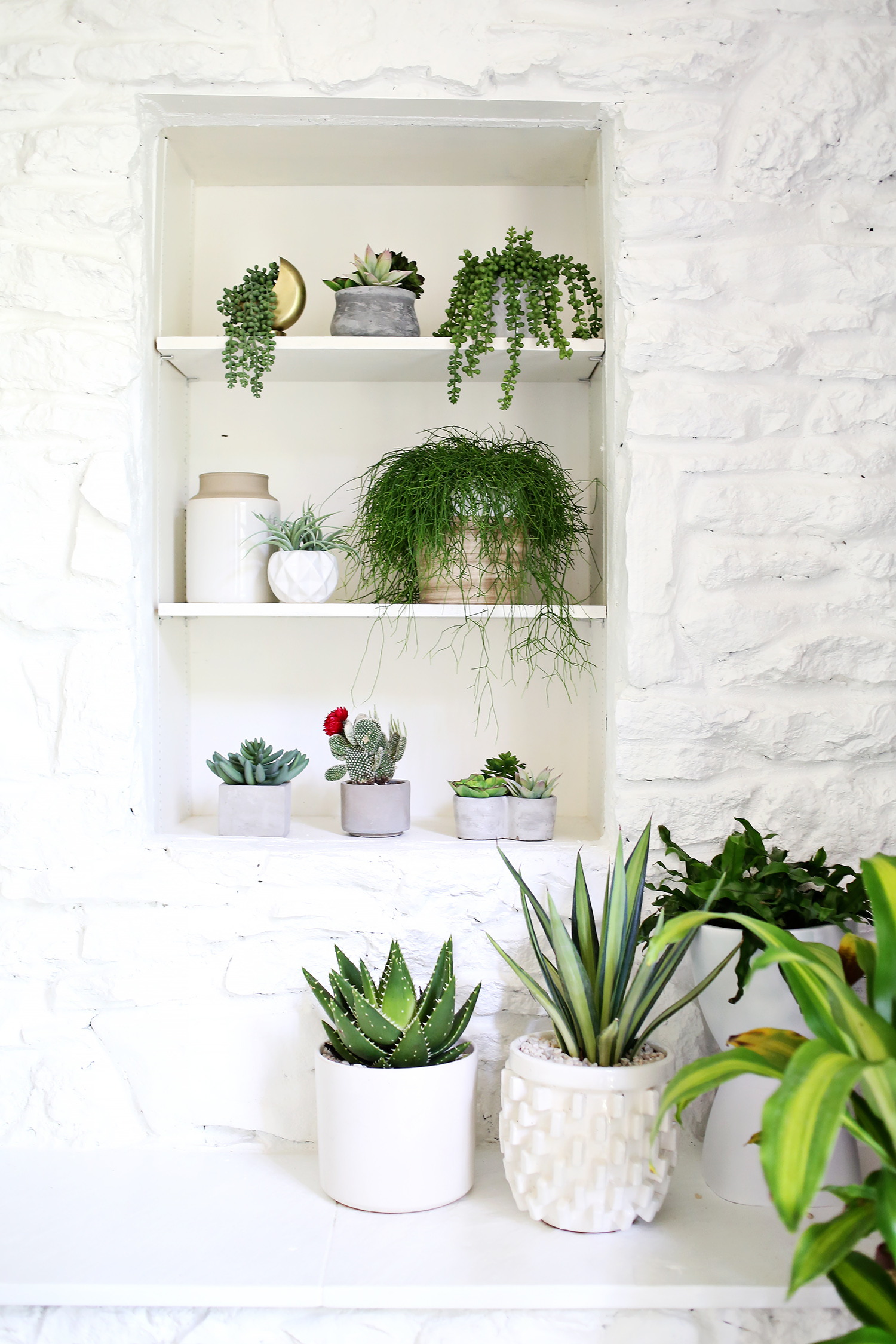 On the shelves here, six out of the eight are fake. It doesn’t get the best light in this spot. At first I filled it with all real plants, but had to move a bunch of them when they started looking sad. So I just refilled it with fake guys (mostly from craft stores and West Elm).

The bigger ones on the ledge are real, but they’re low light varieties. 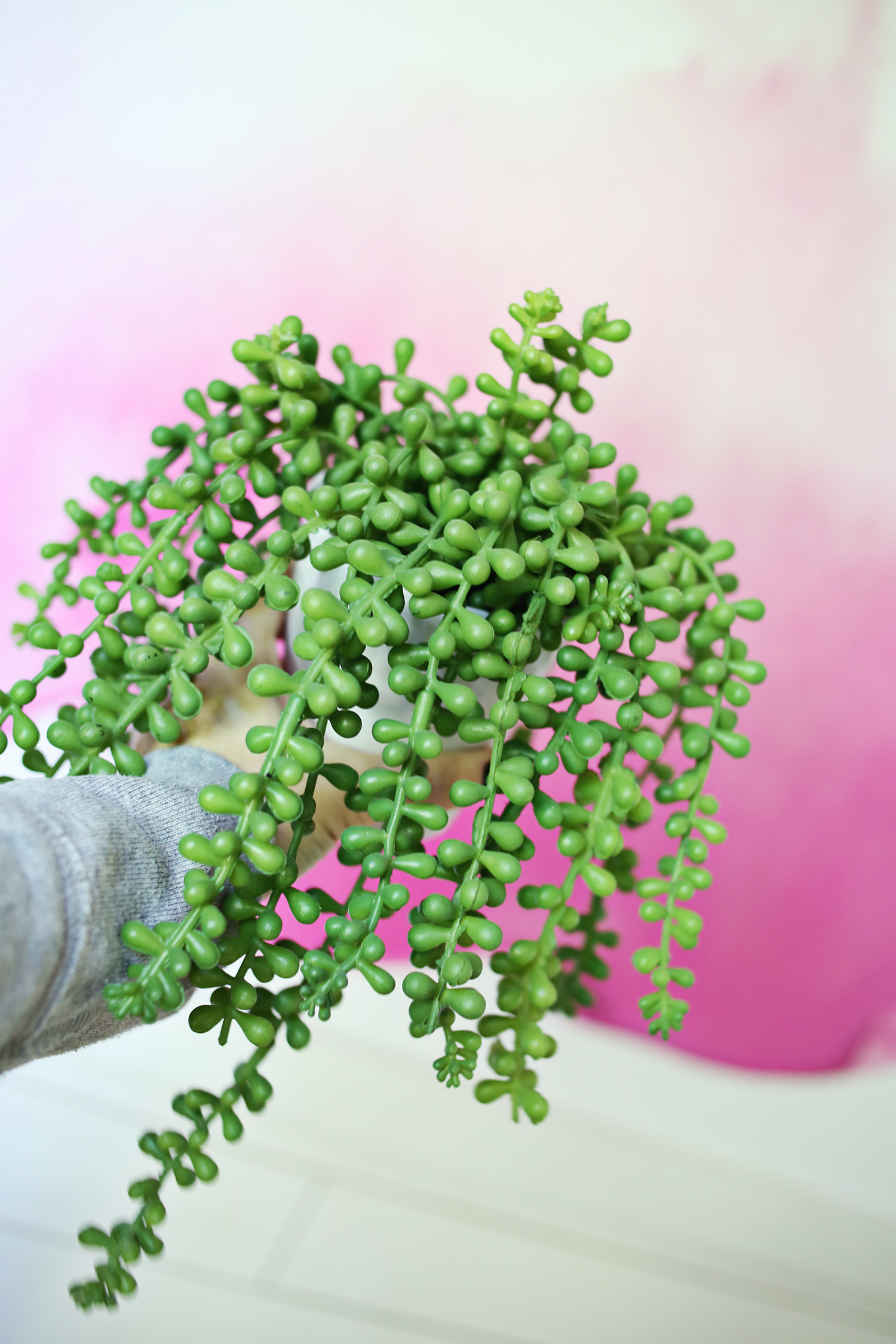 Close up you can tell it’s fake, but stand back 5 feet when you’re trying to decide at the store. This one looks totally great on my shelves; I might even buy more! 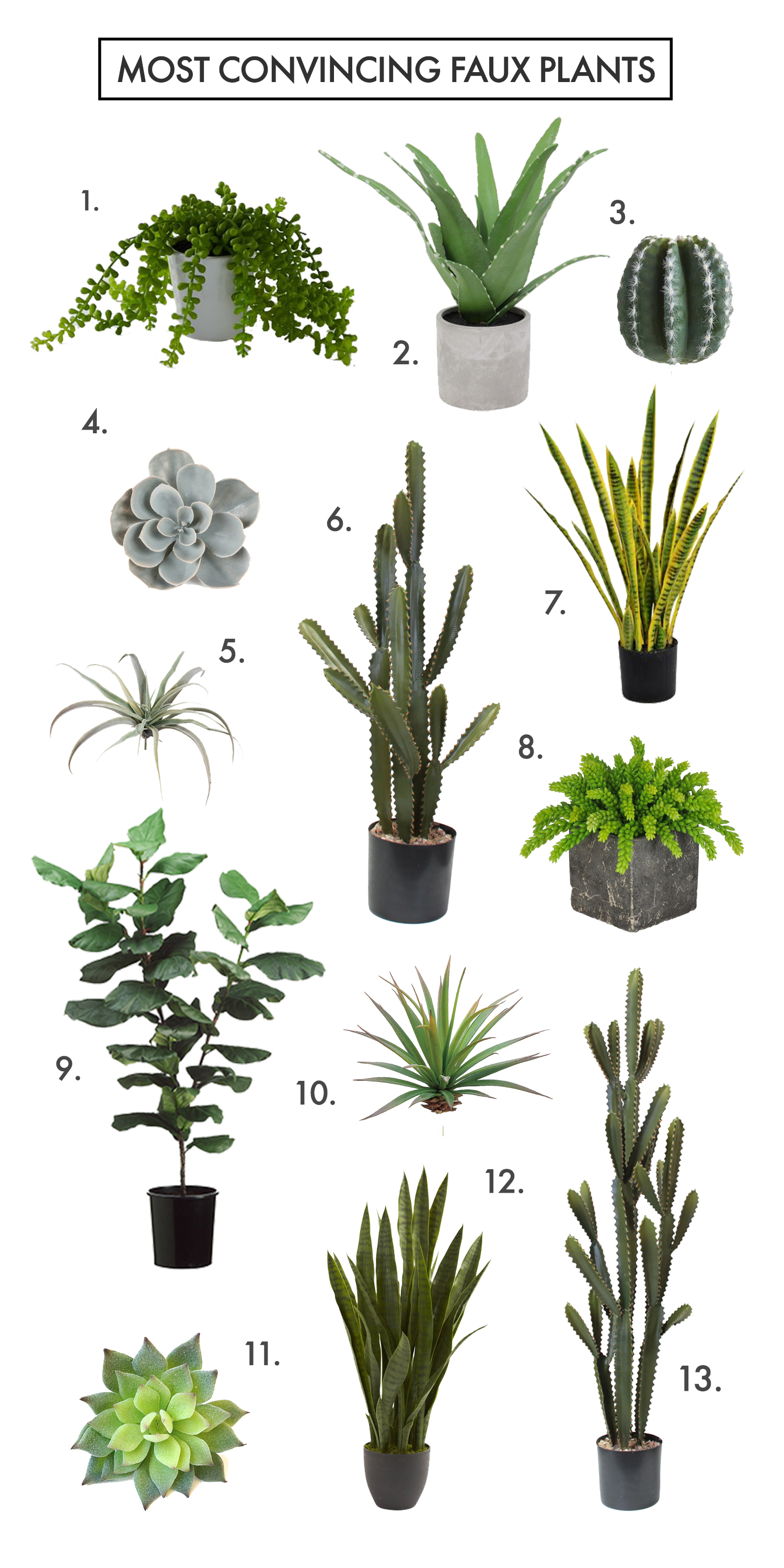 Here’s a guide to some of the best we’ve found online! I generally like to pay around the same price as what I’d pay for a real one in that size, whatever that is. A lot of the big box craft stores sell them and you can use weekly coupons there. I’ve also found some pretty decent ones randomly at places like Home Goods, just keep an eye out! 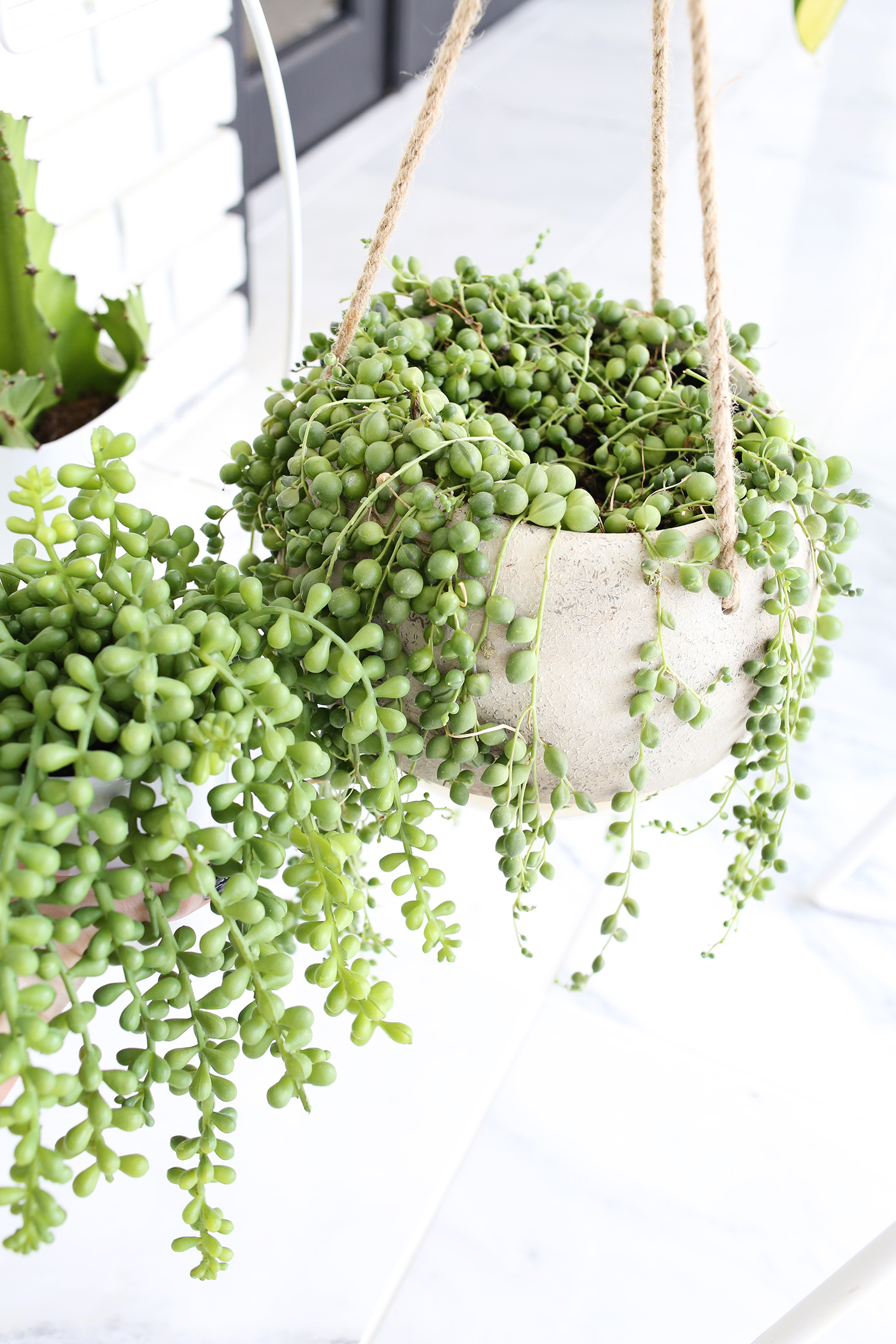 Here’s a fake one next to a real one, for reference.

In my opinion, the best places for fake plants are on high shelves, in naturally dark rooms or rooms where you rarely open the windows (like a bathroom, for example), and anywhere in your home where you have to move a plant away because it starts to die.

I will probably always have at least 75% real plants in my home. I love them, for one, but I also think it helps the fake ones seem more real. But if you live in a SUPER dark space or travel constantly, there’s no shame in faking it. I mean, it’s way better than letting them die over and over!