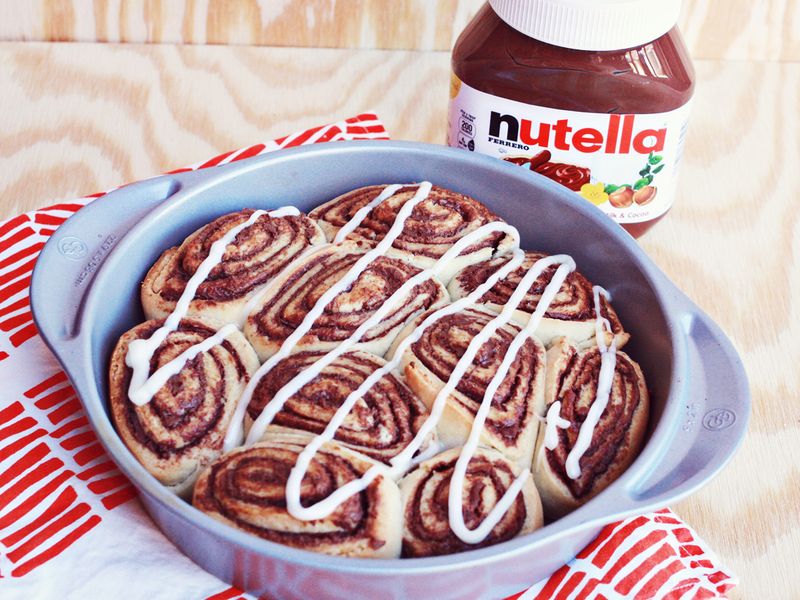 As you can probably guess I am an avid reader of MANY food blogs. I love them! And right now most of my favorite food bloggers are posting about healthy recipes. I think the sentiment is, "we ate too much for Thanksgiving so let's take a break and make something light this week." Which totally makes sense. I think that is how any sane person would feel. But me, well, I just want to bake cinnamon rolls.

I always make cinnamon rolls on Christmas morning. Last year I made apple cinnamon rolls, and I'm already (apparently) thinking about it for this year. I've already started my Christmas shopping/making, and it's got me in the mood, I guess. So I decided to try combining my love for cinnamon rolls with my love for Nutella. (Did you know I LOVE Nutella? I try not to buy it very often because I love it a little too much, if you know what I mean.) 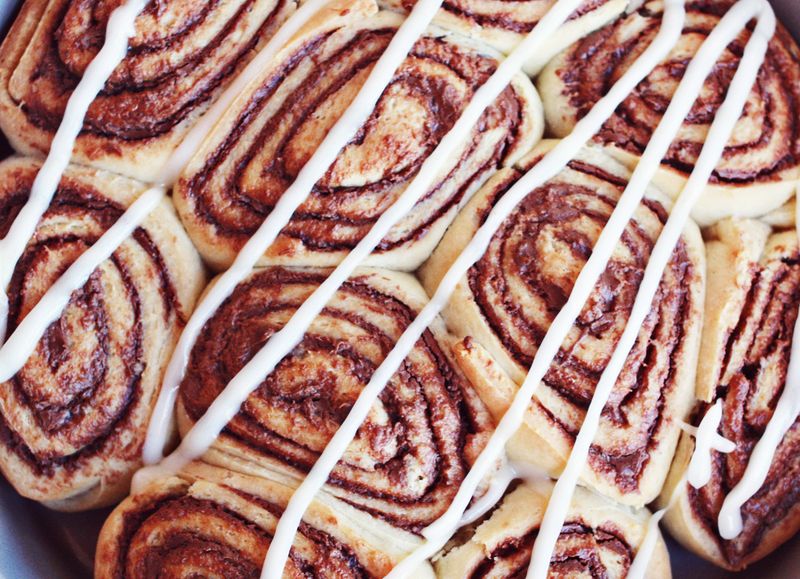 In a small bowl stir together the water and sugar. Stir in the yeast and allow this to activate for 5-6 minutes (it should foam slightly).

In a small pot melt the butter. Add the milk and allow to warm through.

In the bowl of your mixer (or just a large bowl) combine the flours and salt. Pour in the yeast mixture, the milk mixture and (with the dough hook attachment) stir/knead until well-combined and dough becomes slightly elastic. Form into a ball, place in a lightly oiled bowl, cover and allow to rise for 1 hour. (Or until doubled in size.)

Roll dough out into a large rectangle. Spread on the Nutella! Evenly sprinkle on the cinnamon. Roll up and cut into 10-12 rolls and place in a buttered pan. Cover and allow to rise for another 30-40 minutes. Bake at 375°F for 28-30 minutes. 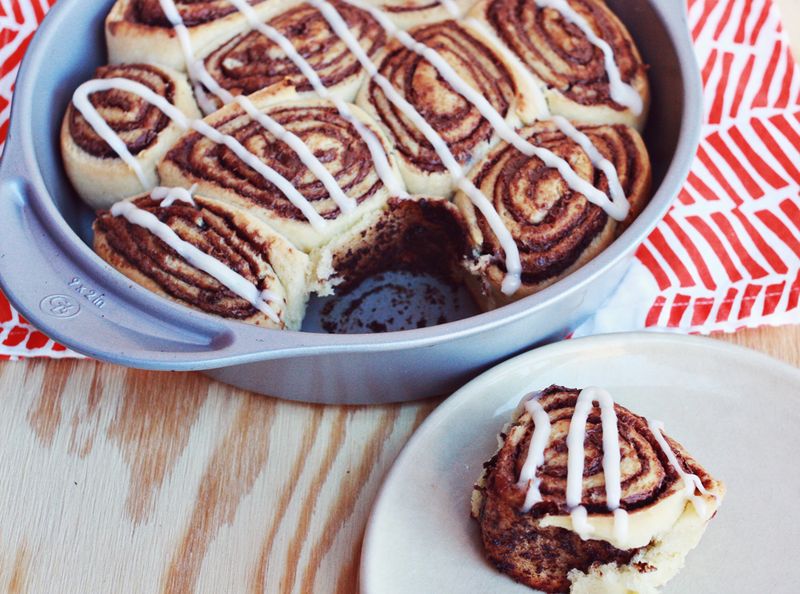 I also made a simple glaze out of melted butter and powered sugar. But because these are so sweet I actually think they are best served hot with little slab of butter. Let the butter melt into the roll just before eating. Oh, and milk is a must. xo. Emma