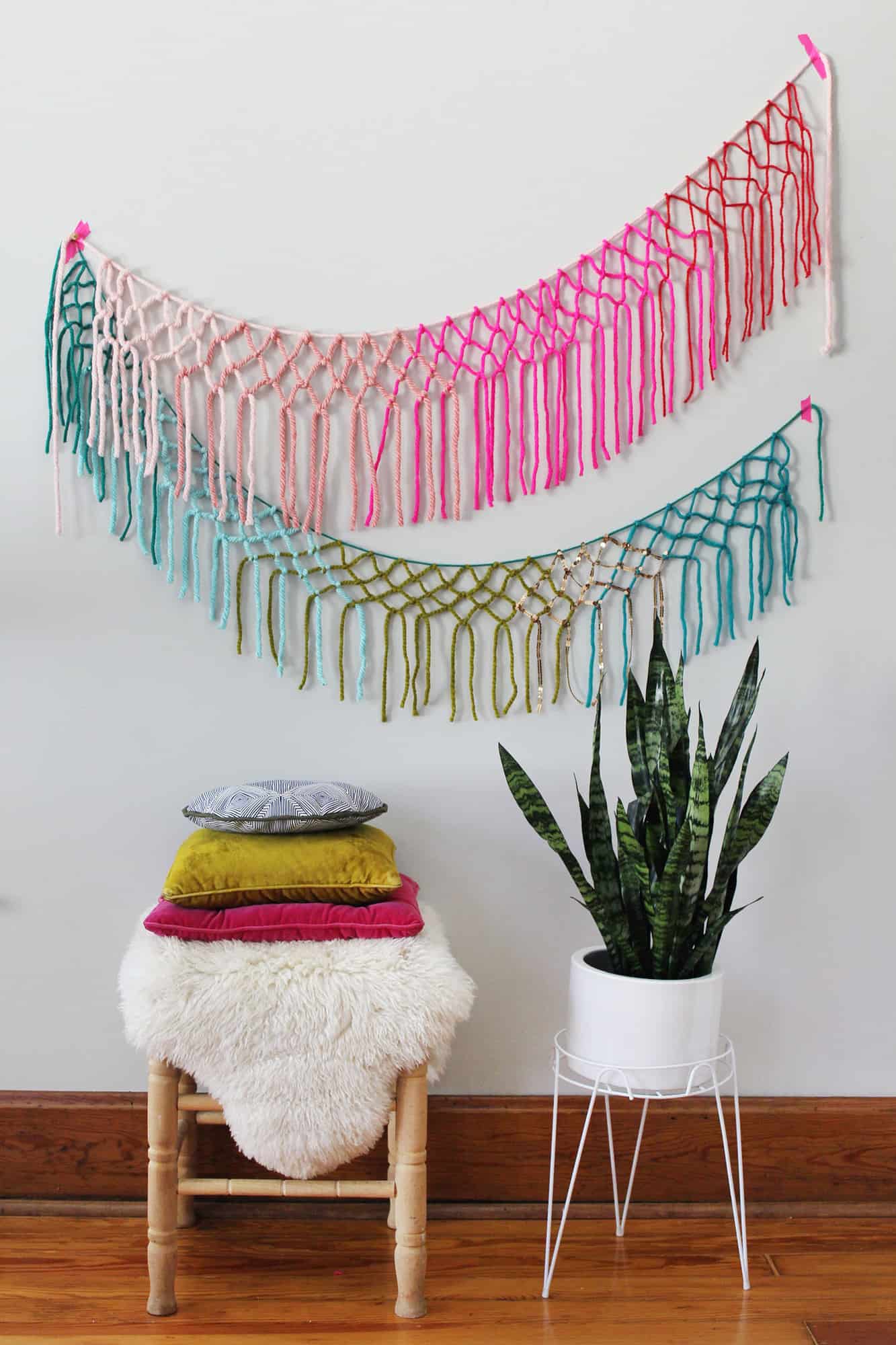 I love a good garland as much as the next blogger, so when I found myself needing to add some color to my studio, I immediately thought of something involving macrame. I didn’t have tons of white rope sitting around, so I grabbed some yarn from my weaving stash, and one hour later had a much more cheerful studio! 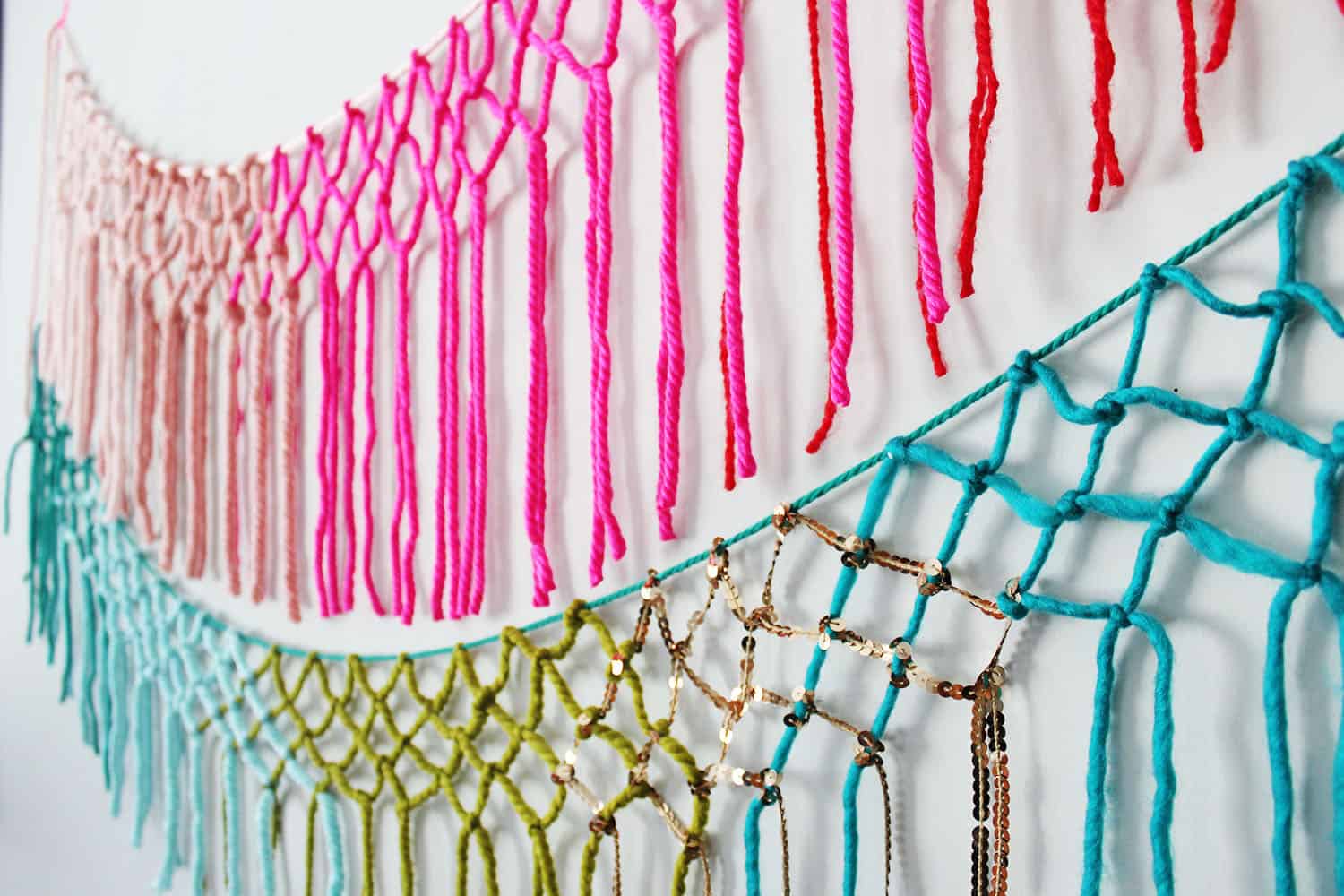 The best thing about this project is how it adds a lot of color and interest without needing tons of time or materials, which makes it a perfect project for table backdrops at parties or a wedding. 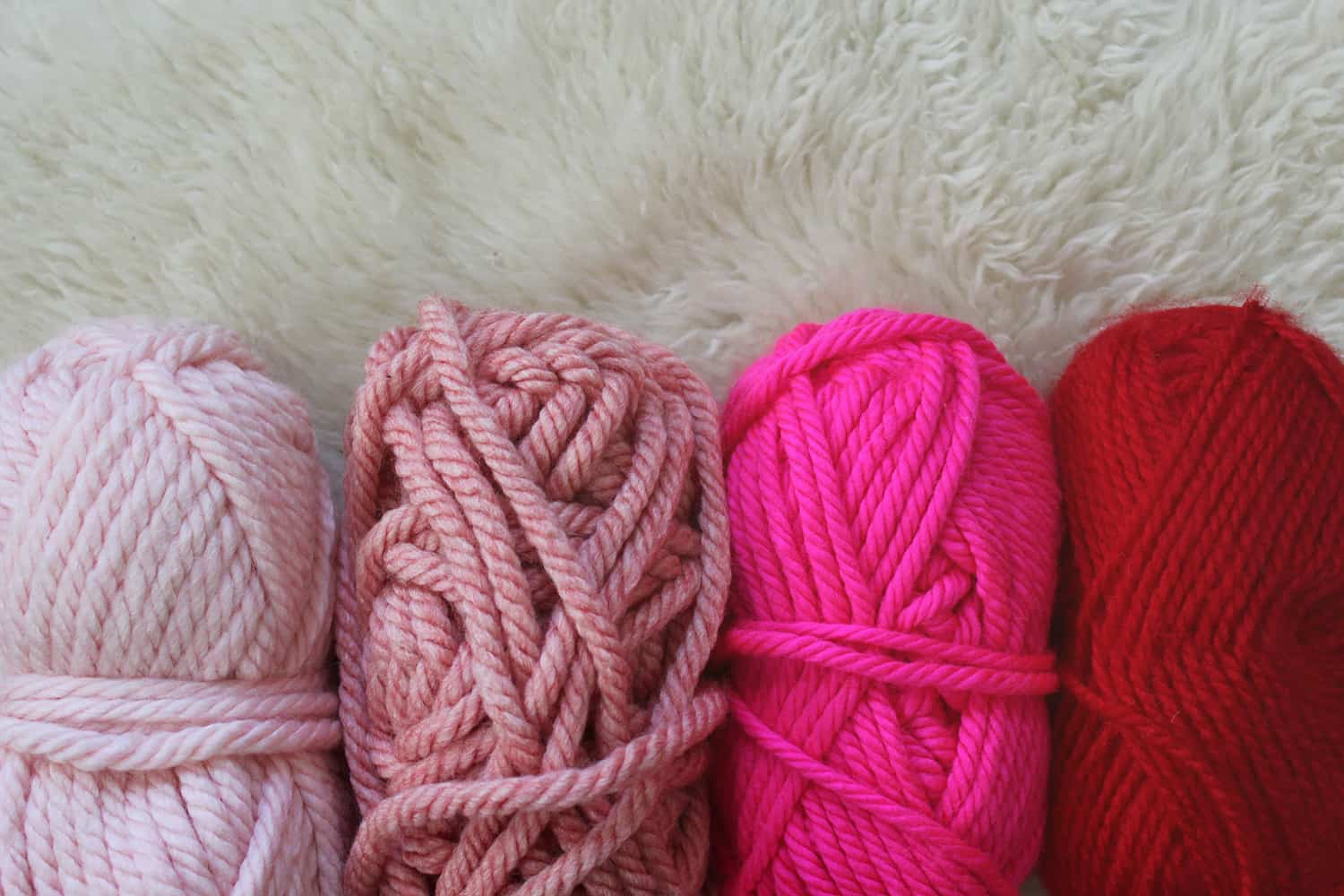 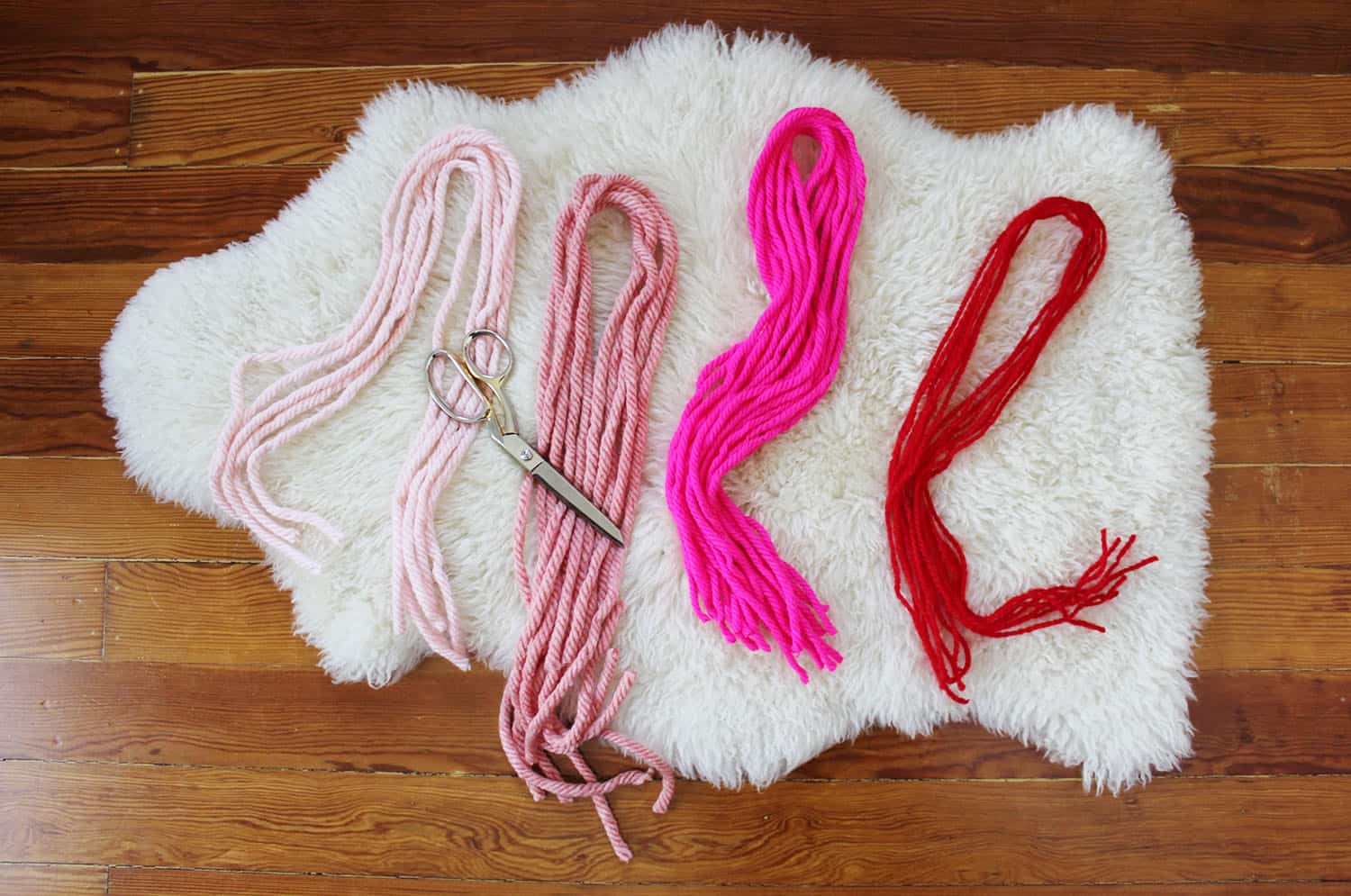 Step One: Cut one length of yarn for your base as long as you’d like. I cut mine to be about 8′ long. Then cut up lengths of yarn that are between 2′- 3′ long depending on how much fringe you want to hang down. You can always trim these up to be even later, but as you knot them together, they’ll get shorter. I spaced my yarn out every 2″ and then spread them out even more after I tied my knots. You may only need about 30-35 individual cuts of yarn to fit this size garland.

Step Two: I hung my base strand to the wall with push pins and then added my individual pieces by tying a single knot over the base. Step Three: Then I started my second row of knots by skipping the first strand of yarn and tying a double knot with the second and third strands. I centered it about 2″ down from the base. Step Four: Then I continued along tying the next two strands of yarn together about 2″ down, making sure they were mostly centered between the knots on the base piece of yarn. This is how it looked after the first row was tied together in knots. Step Five: Then I started my second row of knots back where I started, but tied a knot with the first strand and the second strand. Then I continued to tie knots all the way across about 2″ below the last knot. Once I was done with my second row, I went back to the left side again. I left my first strand alone and knotted the second and third strands again and repeated the process all the way across. You can stop here or keep going with more rows of knots, but I wanted a little fringe left. Your last step is just trimming your ends to make them even and you’re done! I made a second garland with some sequin trim for a little extra glam. It was relatively easy to work with. Imagine a whole garland of gold sequin trim! –Rachel